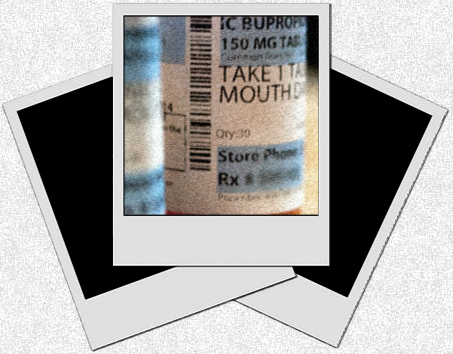 If the name “Zoe Quinn” doesn’t immediately ring alarm bells in your mind, you’ve probably been hiding under a rock for the past few weeks (or busy slaying mobs in Azeroth).  The Internet has been abuzz recently about this new scandal, an ugly bit of business that’s brought all the wrong kinds of attention to the gaming community.

To sum up: Zoe Quinn is a game designer who created a text-based simulation called Depression Quest, which follows basic life-sim mechanics to tell a story about life with depression.  The game’s been a critical success, getting a huge amount of publicity before and after launch, and some of the proceeds from its “pay what you will” sales model go toward organizations that offer help to people suffering from depression.  It’s a simple game, but one with a lot of heart.  Unfortunately, none of these qualities are what’s keeping it in the news.

Before the game was fully launched, Quinn’s ex-boyfriend Eron Gjoni started a blog to slander her, apparently intending to sabotage the game’s release in retaliation for problems within their relationship.  Curiously, while his blog makes many remarks about Quinn’s character, it never explicitly stated the rumor that went on to fuel rage against her – that she was trading sexual favors for positive reviews of her game.

How and why this rumor got started isn’t totally clear, but once it spread, the internet burst into a frenzy. A crowd of angry trolls mobilized from 4chan and similar sites to wage war against her – utilizing everything from Twitter harassment to phone calls and even death threats – despite there being no evidence to support any of these allegations.

Now that the storm has been raging for a while, it’s become less about Quinn herself and more about the greater issues that seem to be at play.  For one half of the people debating, it’s an issue of misogyny in gaming, apparently proving that gaming culture is hostile toward female developers.  The other side insist that it has nothing to do with Quinn’s gender and everything to do with a corrupt style of gaming journalism, one that favors nepotism over quality. Depression Quest, this side claims, is not a game worthy of all the positive attention it’s received, and its nearly universal critical acclaim is unwarranted.

But attacking developers like Zoe Quinn is going about this the wrong way, putting focus on the wrong issues and discrediting otherwise valid concerns.  Rather than looking at the game itself to see whether its execution is successful, personal attacks against Quinn only manage to make the gaming community look immature and sexist.  And considering the bad reputation gaming has for misogyny, that’s hardly the image anyone should be trying to promote.

The science-fiction horror game, originally released in 2008, was a massive success that influenced an entire generation of games within space/horror genre. Despite the … END_OF_DOCUMENT_TOKEN_TO_BE_REPLACED

After months of speculation regarding the release of an upgraded Switch system, Nintendo finally revealed its latest gaming system — the Nintendo Switch OLED Model. The new Switch will release on October 8, costs $349.99, and offers a long list … END_OF_DOCUMENT_TOKEN_TO_BE_REPLACED

The Legend of Zelda: Breath of the Wild’s critical acclaim is often met with the counter of being “overrated” by some players. There are usually numerous reasons for this – both notable and ridiculous – but one of the … END_OF_DOCUMENT_TOKEN_TO_BE_REPLACED

I remember when I played my first Resident Evil. It was a gift and couldn’t wait to get it running in my old PS1. That old Capcom “this game contains scenes of explicit violence and gore” plastered on the … END_OF_DOCUMENT_TOKEN_TO_BE_REPLACED

At the beginning of one mission, you are marked for dead by the organization you work for. Your handler has no idea what happened but informs you that they are coming for … END_OF_DOCUMENT_TOKEN_TO_BE_REPLACED

If you were to bet me $20 that Amazon would be making an MMORPG at some point, I would still find some reason to not give it to you. Amazon games announced 3 new PC games to try to … END_OF_DOCUMENT_TOKEN_TO_BE_REPLACED

The Legend of Zelda: Breath of the Wild’s critical acclaim is often met with the counter of being “overrated” by some players. There are usually numerous reasons for this – both notable and ridiculous – but one of the … END_OF_DOCUMENT_TOKEN_TO_BE_REPLACED

I don’t play a lot of Apex Legends anymore. I enjoyed the game for a while, but there aren’t many games I’ve stayed with consistently over the long haul since the lost years of World of Warcraft. These days there … END_OF_DOCUMENT_TOKEN_TO_BE_REPLACED

Diehard fans of Call of Duty’s groundbreakingly successful battle royale – Warzone – have been eagerly anticipating the release of a new map for months now. … END_OF_DOCUMENT_TOKEN_TO_BE_REPLACED

While Super Smash Brothers for the Wii U and 3DS has been out for just over a year and the recent announcement of Cloud joining the roster garnering a massive amount of hype, many fans of the fighting game … END_OF_DOCUMENT_TOKEN_TO_BE_REPLACED

I’ll admit that I’ve never been a fan of visual novels. I have nothing against them; it just isn’t a genre I’m interested in. That said, MangaGamer’s announcement a while back that their upcoming Steam release of Kindred Spirits … END_OF_DOCUMENT_TOKEN_TO_BE_REPLACED

Black Shell Media is a multimedia marketing and PR studio specializing in distribution and publishing of indie games! We do a lot of marketing and work with websites, … END_OF_DOCUMENT_TOKEN_TO_BE_REPLACED

Wondering if you can run Halo Infinite on your laptop or desktop? Sure, why not? Halo Infinite has launched in open beta mode (Nov. 16, 2021) and will officially release on Dec. 8, 2021. The game is the sixth in … END_OF_DOCUMENT_TOKEN_TO_BE_REPLACED