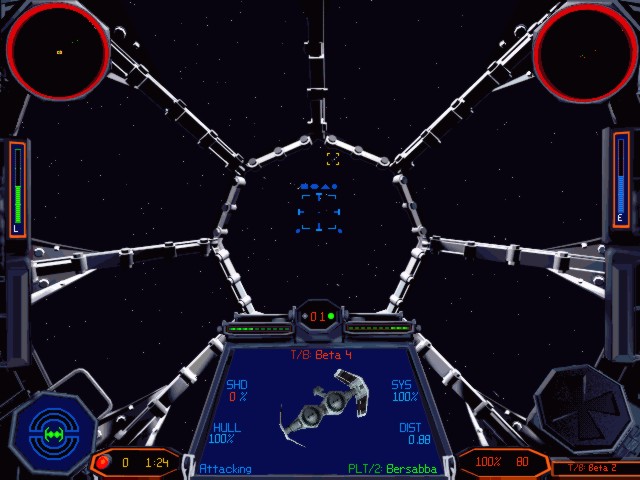 Gaming has a nostalgia problem.

Not nostalgia itself, of course. There’s plenty we can still learn from older titles, and fun is fun no matter how old a game might be. That’s why, when the Internet Archive launched The Internet Arcade on Monday, the gaming Internet exploded. Over 900 classic arcade games, legally available via web browser? That’s not just a time-sink; it’s a valuable historical document.

People reacted similarly when Good Old Games announced the re-release of LucasArts’s classic X-Wing titles. The first two entries in the series, X-Wing and Tie Fighter, are widely considered two of the best games ever made, yet there’s been no legal way to purchase them for years. Even if you do have legitimate older copies, getting the games running on modern computers is a tedious and unreliable process. Now, thanks to Good Old Games, anyone can experience these early 90’s classics — as long as they’re willing to drop $10.

It’s the future of nostalgia that worries me. As games become increasingly reliant on online connections, their lifespans get shorter and shorter. If a publisher goes out of business or a server shuts down, many modern games become unplayable. If this trend continues, we won’t just lose some of our favorite titles, but a valuable link to the past. 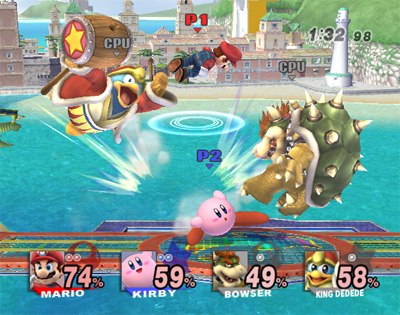 And it’s already happening. Want to fire up Super Smash Bros. Brawl and brush up on your skills before the sequel drops? Too bad. The server’s been down since May. Halo 2, the game widely credited with bringing online multiplayer to consoles, lasted for only six years before it went kaput. What’s going to happen twenty years from now, when the current generation of gamers wants to relive Destiny, League of Legends, or — God forbid — Sim City 2013?

That’s one of the reasons why the Electronic Frontier Foundation filed a legal request on Monday to exempt games like these from the Digital Millennium Copyright Act. Essentially, the EFF wants technically savvy customers to have the option to legally alter older software, adapting or removing online requirements from titles that no longer boast official support.

Even if it goes through, however, the EFF proposal isn’t a comprehensive solution. The petition doesn’t cover “persistent world” games, so MMORPGs won’t be protected. While Blizzard argues that World of Warcraft will be around until at least 2024, eventually it’ll disappear. That won’t just be the end of a popular game; it’ll be the loss of an important historical artifact. 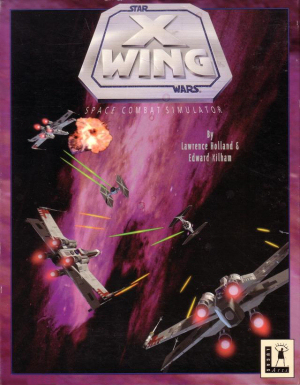 Many cancelled MMORPGs, such as ToonTown Online and Star Wars Galaxies, already face this problem. Their fans’ solution? Developing “private” servers. On the players’ side, nothing changes; the software they use to connect to the game stays the same. The online backend, however, is written from scratch, and designed to mimic the defunct commercial servers as closely as possible.

It’s not a perfect answer, of course. Because the private server software is reverse-engineered by fans, the result isn’t identical to the commercial product. It’d be like Paul McCartney and Ringo Starr recording a new song. It might sound right, and some of the parts might be the same, but that ain’t the Beatles.

At the end of the day, it’s not the developers’ responsibility to solve these problems. Gaming is an industry first and a community second, and there’s little financial incentive to prioritize older games over newer, more expensive ones. As fans, it’s up to us to start looking for solutions sooner rather than later. The future of nostalgia depends on us.

It Is Time to Revive Star Wars: 1313
Bring Back the Real-time Strategy Epic

Snowfall is here and it is time to cheer! Sorry about that… As different video games pump out their holiday events, plenty get swept under the radar. If you are tired from playing the multiple FPS holiday events … END_OF_DOCUMENT_TOKEN_TO_BE_REPLACED

Welcome ghouls, beasts, tricksters, and every horrific being known to man. The spooky season is upon us and I figured I would indulge in the festivities in my own way. Thus, I have come up with a satirical take on … END_OF_DOCUMENT_TOKEN_TO_BE_REPLACED

Do so, and you’ll probably find that T END_OF_DOCUMENT_TOKEN_TO_BE_REPLACED

I remember when I played my first Resident Evil. It was a gift and couldn’t wait to get it running in my old PS1. That old Capcom “this game contains scenes of explicit violence and gore” plastered on the … END_OF_DOCUMENT_TOKEN_TO_BE_REPLACED

At the beginning of one mission, you are marked for dead by the organization you work for. Your handler has no idea what happened but informs you that they are coming for … END_OF_DOCUMENT_TOKEN_TO_BE_REPLACED

The history of gaming isn’t that old compared to other artistic and entertainment mediums. Many people have lived through the entirety of video game history, and more people have seen most of it. As such, you’d think that the … END_OF_DOCUMENT_TOKEN_TO_BE_REPLACED

(Updated 4/18/22) Even at a time when it feels like every game is being adapted into a show or movie, the news that Twisted Metal is being turned into a TV series stands out. Why? Well, it probably has … END_OF_DOCUMENT_TOKEN_TO_BE_REPLACED

(Updated 4/15/22) The reveal of the Mortal Kombat movie trailer and news that Street Fighter characters are joining the Fortnite roster has both legendary franchises on the minds of gamers everywhere. So, it’s only natural that fans have also … END_OF_DOCUMENT_TOKEN_TO_BE_REPLACED

While Super Smash Brothers for the Wii U and 3DS has been out for just over a year and the recent announcement of Cloud joining the roster garnering a massive amount of hype, many fans of the fighting game … END_OF_DOCUMENT_TOKEN_TO_BE_REPLACED

I’ll admit that I’ve never been a fan of visual novels. I have nothing against them; it just isn’t a genre I’m interested in. That said, MangaGamer’s announcement a while back that their upcoming Steam release of Kindred Spirits … END_OF_DOCUMENT_TOKEN_TO_BE_REPLACED

Black Shell Media is a multimedia marketing and PR studio specializing in distribution and publishing of indie games! We do a lot of marketing and work with websites, … END_OF_DOCUMENT_TOKEN_TO_BE_REPLACED

Snowfall is here and it is time to cheer! Sorry about that… As different video games pump out their holiday events, plenty get swept under the radar. If you are tired from playing the multiple FPS holiday events … END_OF_DOCUMENT_TOKEN_TO_BE_REPLACED

Amazon Prime members can get free games and free in-game content every month that last a certain amount of time. You can jump over to Amazon to sign-up for an account or navigate to the Prime Gaming section to see … END_OF_DOCUMENT_TOKEN_TO_BE_REPLACED