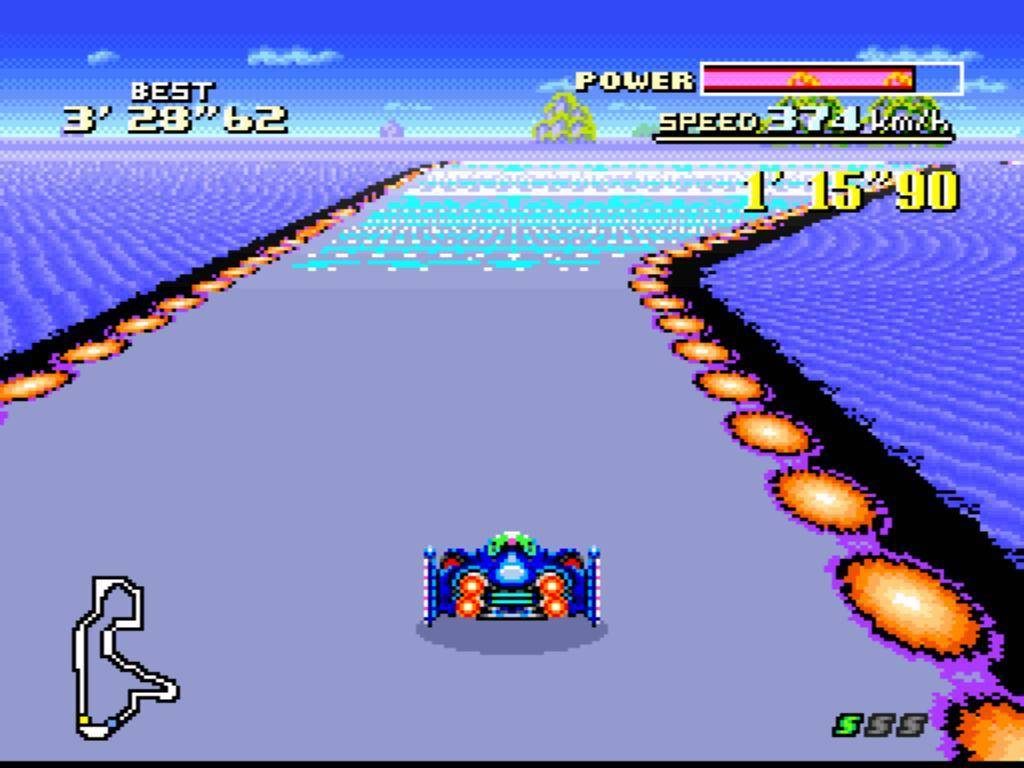 Whenever we approach a Nintendo E3 conference (or an E3 Nintendo Direct), people tend to start looking at their wishlist of games they hope Nintendo announces during what is typically their biggest presentation of the year. This year is no different.

At the top of this year’s lists are game names like Pikmin 4, Metroid Prime Trilogy for Nintendo Switch, and perhaps even the long-awaited U.S. port of Mother 3. Games such as these typically have two things in common: they’re projects which revisit an old (but beloved) Nintendo property, and the chances of any of them actually happening are somewhat slim.

However, there’s one Nintendo property that usually finds its way to the top of many wish lists this time of year that’s odds of being announced has gone from slim to virtually non-existent. Yes, I’m talking about F-Zero; a franchise that Nintendo is seemingly determined to never resurrect.

At the time of its release in 1990, F-Zero was not only one of the best of the early SNES titles, but one of the games that clearly demonstrated the power of this new hardware. On top of that, it helped kick off a new era of futuristic racing titles that emphasized arcade speed over simulation.

Despite its accomplishments, it would be eight years before Nintendo revisited the F-Zero franchise with the release of F-Zero X for the Nintendo 64. An improvement over its predecessor in nearly every way, F-Zero X not only raised the bar for the series but let every other racing game developer know that their fastest game was suddenly not quite fast enough.

However, a lot happened in the world of racing games between 1990 and 1998. The release and incredible success of Sony’s Gran Turismo (which would go on to sell over 10 million copies) had revealed that there was a thriving market for realistic racers. By comparison, the market for F-Zero games was almost comically smaller. The original F-Zero sold just under 3 million copies. F-Zero X sold just over 1 million.

What really matters, though, are the sales figures of F-Zero‘s slightly more direct competition: Diddy Kong Racing and Mario Kart 64. No, neither game featured F-Zero‘s setting or speed, but both were racing titles intended for players not looking for simulators. Both games found quite a few of those players as Diddy Kong Racing sold around 5 million copies and Mario Kart 64 almost broke the 10 million mark.

However, F-Zero‘s dormant state can’t entirely be blamed on poor sales. Actually, you can probably at least partially blame the lack of any new console F-Zero titles on how good the GameCube’s F-Zero GX was. Simply put, F-Zero GX nearly perfected the franchise formula and is still seen as one of the best non-simulator racing games ever made. Yet, some reports indicate that it didn’t even sell 1 million copies.

The quality of F-Zero GX compared to its relative lack of success probably put Nintendo in a bit of a bind. They had made just about the best F-Zero game they could have made, and they sold fewer copies than ever before. Miyamoto himself hinted at Nintendo’s creative frustration with the series during a 2012 interview in which expressed surprise that people were still asking for an F-Zero game. He even asked “What do you want [from F-Zero] that we haven’t done before?”

In the end, Miyamoto’s thoughts on F-Zero may just be the series’ biggest hurdle. Miyamoto remains the loudest creative voice at Nintendo. He’s a man whose creative influence at the company can’t really be measured. If he’s still shrugging his shoulders at the thought of what a new F-Zero game looks like, we have a hard time believing anyone is going to challenge him.

It’s been 16 years since we’ve got a new F-Zero console game, and 15 years since the series’ last handheld entry. Maybe it’s time we all take a nearly two-decade-long hint and scratch this game off our wishlists.

(Updated 4/18/22) Even at a time when it feels like every game is being adapted into a show or movie, the news that Twisted Metal is being turned into a TV series stands out. Why? Well, it probably has … END_OF_DOCUMENT_TOKEN_TO_BE_REPLACED

(Updated 4/15/22) The reveal of the Mortal Kombat movie trailer and news that Street Fighter characters are joining the Fortnite roster has both legendary franchises on the minds of gamers everywhere. So, it’s only natural that fans have also … END_OF_DOCUMENT_TOKEN_TO_BE_REPLACED

Do so, and you’ll probably find that T END_OF_DOCUMENT_TOKEN_TO_BE_REPLACED

Do so, and you’ll probably find that T END_OF_DOCUMENT_TOKEN_TO_BE_REPLACED

I remember when I played my first Resident Evil. It was a gift and couldn’t wait to get it running in my old PS1. That old Capcom “this game contains scenes of explicit violence and gore” plastered on the … END_OF_DOCUMENT_TOKEN_TO_BE_REPLACED

At the beginning of one mission, you are marked for dead by the organization you work for. Your handler has no idea what happened but informs you that they are coming for … END_OF_DOCUMENT_TOKEN_TO_BE_REPLACED

(Updated 4/18/22) Even at a time when it feels like every game is being adapted into a show or movie, the news that Twisted Metal is being turned into a TV series stands out. Why? Well, it probably has … END_OF_DOCUMENT_TOKEN_TO_BE_REPLACED

(Updated 4/15/22) The reveal of the Mortal Kombat movie trailer and news that Street Fighter characters are joining the Fortnite roster has both legendary franchises on the minds of gamers everywhere. So, it’s only natural that fans have also … END_OF_DOCUMENT_TOKEN_TO_BE_REPLACED

The Legend of Zelda: Breath of the Wild’s critical acclaim is often met with the counter of being “overrated” by some players. There are usually numerous reasons for this – both notable and ridiculous – but one of the … END_OF_DOCUMENT_TOKEN_TO_BE_REPLACED

While Super Smash Brothers for the Wii U and 3DS has been out for just over a year and the recent announcement of Cloud joining the roster garnering a massive amount of hype, many fans of the fighting game … END_OF_DOCUMENT_TOKEN_TO_BE_REPLACED

I’ll admit that I’ve never been a fan of visual novels. I have nothing against them; it just isn’t a genre I’m interested in. That said, MangaGamer’s announcement a while back that their upcoming Steam release of Kindred Spirits … END_OF_DOCUMENT_TOKEN_TO_BE_REPLACED

Black Shell Media is a multimedia marketing and PR studio specializing in distribution and publishing of indie games! We do a lot of marketing and work with websites, … END_OF_DOCUMENT_TOKEN_TO_BE_REPLACED