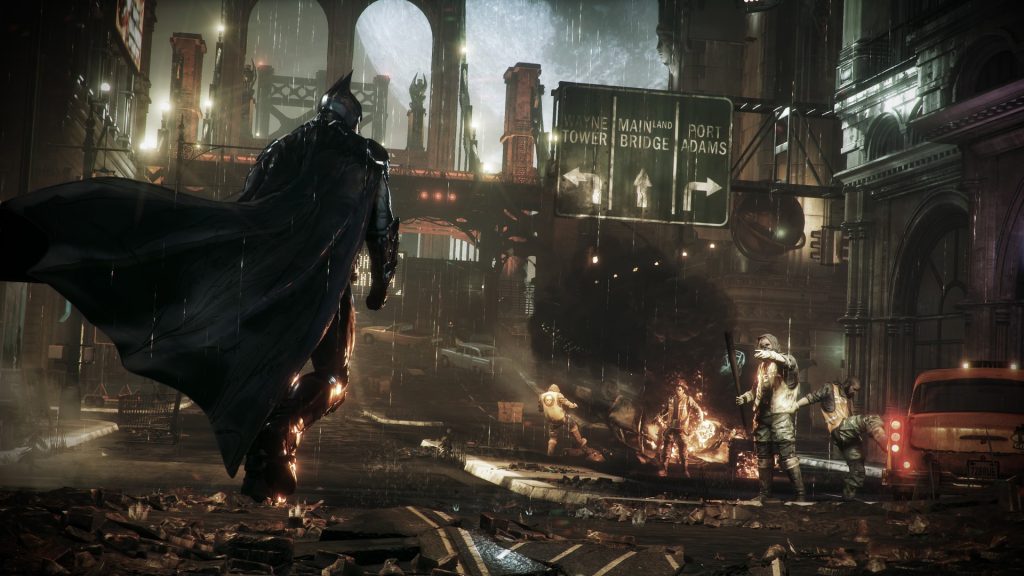 When SIE boss Jim Ryan said that Sony is looking to acquire more developers ahead of the PS5’s release, nobody was surprised. Console gaming has often been an arms race, and Microsoft has certainly been on an acquisition spree as of late.

The question is: “Which studio’s should Sony pursue?” While there’s no shortage of options out there, we’re focusing on 10 developers that could be reasonable acquisitions and would certainly all be exciting ones.

Whether Remedy would agree to develop games exclusively for PlayStation is up for debate, but this is arguably the most intriguing acquisition option out there.

While Remedy’s Quantum Break wasn’t all it could be, the studio’s track record is impressive. Their upcoming project, Control, looks phenomenal, and the team just acquired the publishing rights to Alan Wake.

Remedy is primed to enter the next generation as one of the hottest studios in gaming. Sony would be lucky to have them.

It sometimes feels like Insomniac is a PlayStation exclusive developer given the overwhelming success of Spider-Man PS4, but that’s not the case…yet.

The fact is that Insomniac’s biggest games have all been PlayStation exclusives. They’re synonymous with the brand and may love their independence, but could score quite the deal by going exclusive.

The likelihood of this one is…questionable, but that doesn’t mean it’s not a fascinating prospect.

PlatinumGames apparent love of developing Switch titles may make PS exclusivity a hard sell, but the situation surrounding the canceled Scalebound means that they’re not a threat to jump to the Xbox ship. In any case, they’re one of the most prolific and inventive action/adventure developers today.

Sometimes, you’ve got to take a chance on an indie studio while they’re young. In the case of Team Cherry, that chance doesn’t feel like a particularly big risk.

As the studio behind Hollow Knight, Team Cherry is already responsible for one of the most beloved games in recent years. We highly doubt that game was a fluke, and Sony would be smart to invest in whatever they do next.

On the one hand, we can’t imagine what kind of deal it would take to make FromSoftware an exclusive developer. On the other hand, they did make the legendary PS4 exclusive, Bloodborne.

PlayStation would seemingly be in the best position to court FromSoftware even if the likelihood of them doing so isn’t great. What an acquisition it would be, though.

Team Ninja hasn’t been quite as prolific in recent years as they have in the past, but that might actually help Sony’s case for the studio becoming PlayStation exclusive developers.

PlayStation would automatically get Dead or Alive and Nioh as part of this deal, which is an appealing enough proposition before you even factor in whatever the studio does next.

There was a time when Hello Games was a bit of a joke following the release of the controversial No Man’s Sky. However, the team has managed to turn No Man’s Sky around and repair their image as a result.

Hello Games has something of a relationship with the PlayStation team (No Man’s Sky was a timed PS4 exclusive), and it may just be worth it for Sony to take a chance on whatever the studio does next.

Techland, the studio behind the upcoming Dying Light 2, is in an interesting situation at the moment. They’ve recently shut down the Polish publishing division of the company citing an interest in focusing on the development of AAA open-world games.

Well, the PlayStation team certainly seem to love AAA open-world games. While Sony may want to wait to see how Dying Light 2 pans out, this is a solid studio who have an exciting future ahead of them.

The name may not ring a bell, but The Astronauts developed The Vanishing of Ethan Carter and are working on the upcoming action title, Witchfire. They’re a young, talented, and ambitious studio.

In other words, they’re the kind of studio that may not only be open to an acquisition that would expand their resources but would certainly have to be seen as a worthwhile investment.

What’s Batman: Arkham Asylum developer Rocksteady working on? Only Rocksteady seems to know, but we’re guessing that the PlayStation team would love to be able to say it’s a PS5 exclusive.

That may not be possible, but it’s not impossible that Sony could arrange some kind of deal from there that would ensure that future Rocksteady projects are PlayStation exclusives.

Welcome ghouls, beasts, tricksters, and every horrific being known to man. The spooky season is upon us and I figured I would indulge in the festivities in my own way. Thus, I have come up with a satirical take on … END_OF_DOCUMENT_TOKEN_TO_BE_REPLACED

In 2020 it was revealed developer IO Interactive was working on a James Bond game known as Project 007 which, understandably, shook the video game world. Still in production, there’s a possibility that their James Bond game could be the … END_OF_DOCUMENT_TOKEN_TO_BE_REPLACED

Do so, and you’ll probably find that T END_OF_DOCUMENT_TOKEN_TO_BE_REPLACED

I remember when I played my first Resident Evil. It was a gift and couldn’t wait to get it running in my old PS1. That old Capcom “this game contains scenes of explicit violence and gore” plastered on the … END_OF_DOCUMENT_TOKEN_TO_BE_REPLACED

At the beginning of one mission, you are marked for dead by the organization you work for. Your handler has no idea what happened but informs you that they are coming for … END_OF_DOCUMENT_TOKEN_TO_BE_REPLACED

The history of gaming isn’t that old compared to other artistic and entertainment mediums. Many people have lived through the entirety of video game history, and more people have seen most of it. As such, you’d think that the … END_OF_DOCUMENT_TOKEN_TO_BE_REPLACED

(Updated 4/18/22) Even at a time when it feels like every game is being adapted into a show or movie, the news that Twisted Metal is being turned into a TV series stands out. Why? Well, it probably has … END_OF_DOCUMENT_TOKEN_TO_BE_REPLACED

(Updated 4/15/22) The reveal of the Mortal Kombat movie trailer and news that Street Fighter characters are joining the Fortnite roster has both legendary franchises on the minds of gamers everywhere. So, it’s only natural that fans have also … END_OF_DOCUMENT_TOKEN_TO_BE_REPLACED

While Super Smash Brothers for the Wii U and 3DS has been out for just over a year and the recent announcement of Cloud joining the roster garnering a massive amount of hype, many fans of the fighting game … END_OF_DOCUMENT_TOKEN_TO_BE_REPLACED

I’ll admit that I’ve never been a fan of visual novels. I have nothing against them; it just isn’t a genre I’m interested in. That said, MangaGamer’s announcement a while back that their upcoming Steam release of Kindred Spirits … END_OF_DOCUMENT_TOKEN_TO_BE_REPLACED

Black Shell Media is a multimedia marketing and PR studio specializing in distribution and publishing of indie games! We do a lot of marketing and work with websites, … END_OF_DOCUMENT_TOKEN_TO_BE_REPLACED

Welcome ghouls, beasts, tricksters, and every horrific being known to man. The spooky season is upon us and I figured I would indulge in the festivities in my own way. Thus, I have come up with a satirical take on … END_OF_DOCUMENT_TOKEN_TO_BE_REPLACED

The month of October is here, and the spooky festivities are starting. However, it is still key to be aware of the other important events happening around this time of the year. For example, October is Breast Cancer Awareness month. … END_OF_DOCUMENT_TOKEN_TO_BE_REPLACED