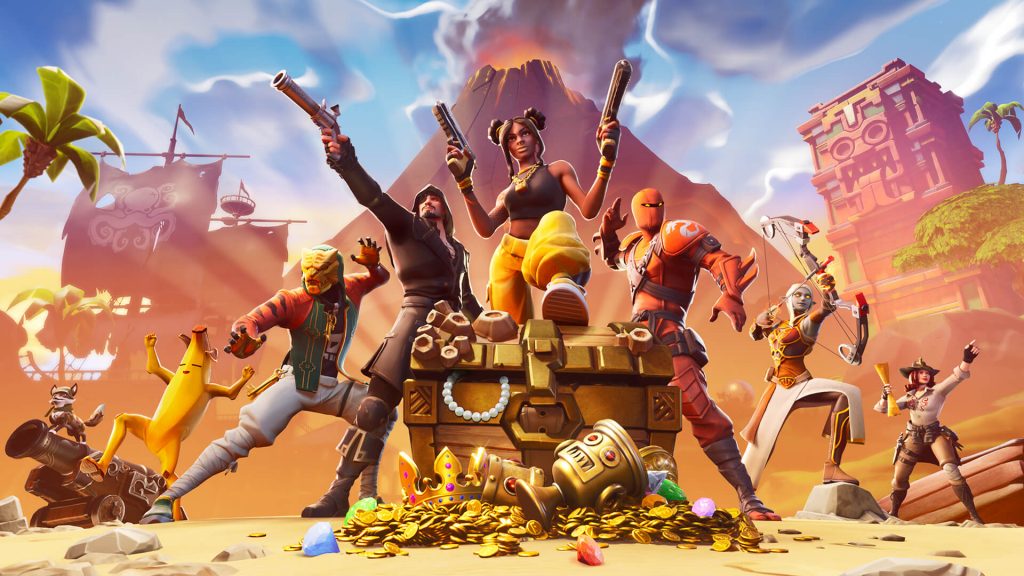 Fortnite is more than a video game. It’s a cultural phenomenon that elevated the battle royale genre and captured the attention of older and younger gamers alike. It was even featured in the highest-grossing film of all-time, Avengers: Endgame.

Perhaps more importantly, Fortnite has changed the way that videogames are updated, monetized, and viewed from a business perspective. Fans may not like thinking about that element of the game, but years from now after Fortnite‘s popularity has faded, it’s that element of the experience that will likely endure.

It’s also that element of the game that begs the question, “Does Fortnite need a Classic mode?”

The problem is that not every game is a candidate for the classic treatment. Certain games (like Rainbow Six: Siege and Destiny) have improved over the years for the better. Fans likely wouldn’t want to revisit them for anything more than a quick nostalgia trip.

So which games do qualify for the classic treatment? There’s no one answer, but the most likely candidates do tend to be games that have become slightly bloated over the years and have lost something that they originally offered.

This brings us to the curious case of Fortnite.

On the surface, Fortnite is the perfect candidate for the classic treatment. Few developers have updated their games as aggressively as the Fortnite team. Some of those upgrades resulted in simple balance changes, but others have been more…aggressive. Over the years, we’ve seen entire Fortnite zones be deleted or altered significantly. We’ve seen entirely new mechanics added to the game, and we’ve seen weapons come and go. The latest version of Fortnite is far, far removed from the game’s origins.

Such an aggressive and consistent update schedule is usually a good thing, but with Fortnite, it’s possible that the things you loved about a particular era in the game simply no longer exist anymore. On the surface, people would be very interested in revisiting those eras.

This is where things get complicated, though. First off, we don’t know how many people are craving Fortnite in its original “classic” form. Few people will tell you that’s the best era for the game. At the same time, there are eras of the game which people do consider to be their favorites. As such, you could argue that an option to play on a server that allows you to play the game as it existed after a particular patch would be highly appealing.

Would Epic ever actually do that? Sadly, they probably wouldn’t. Besides the amount of time and money that would go into such a project, classic Fortnite options would likely splinter the game’s economy and player base. Fortnite‘s popularity is a perpetual motion machine that is largely based on the appeal of what’s new. Divide streamers and players into various server options, and Epic risks hindering just how popular and lucrative Fortnite is.

But if we’re focusing on content and player experience, then yes, Fortnite and its massive player base would simply get more out of classic options for the game being made available to them. Whether or not we actually ever see them may say more about the tricky fiscal situation it puts the Fortnite team in more than whether or not classic versions of certain titles remain a good idea from a player perspective.

Welcome ghouls, beasts, tricksters, and every horrific being known to man. The spooky season is upon us and I figured I would indulge in the festivities in my own way. Thus, I have come up with a satirical take on … END_OF_DOCUMENT_TOKEN_TO_BE_REPLACED

In 2020 it was revealed developer IO Interactive was working on a James Bond game known as Project 007 which, understandably, shook the video game world. Still in production, there’s a possibility that their James Bond game could be the … END_OF_DOCUMENT_TOKEN_TO_BE_REPLACED

Do so, and you’ll probably find that T END_OF_DOCUMENT_TOKEN_TO_BE_REPLACED

I remember when I played my first Resident Evil. It was a gift and couldn’t wait to get it running in my old PS1. That old Capcom “this game contains scenes of explicit violence and gore” plastered on the … END_OF_DOCUMENT_TOKEN_TO_BE_REPLACED

At the beginning of one mission, you are marked for dead by the organization you work for. Your handler has no idea what happened but informs you that they are coming for … END_OF_DOCUMENT_TOKEN_TO_BE_REPLACED

The history of gaming isn’t that old compared to other artistic and entertainment mediums. Many people have lived through the entirety of video game history, and more people have seen most of it. As such, you’d think that the … END_OF_DOCUMENT_TOKEN_TO_BE_REPLACED

(Updated 4/18/22) Even at a time when it feels like every game is being adapted into a show or movie, the news that Twisted Metal is being turned into a TV series stands out. Why? Well, it probably has … END_OF_DOCUMENT_TOKEN_TO_BE_REPLACED

(Updated 4/15/22) The reveal of the Mortal Kombat movie trailer and news that Street Fighter characters are joining the Fortnite roster has both legendary franchises on the minds of gamers everywhere. So, it’s only natural that fans have also … END_OF_DOCUMENT_TOKEN_TO_BE_REPLACED

While Super Smash Brothers for the Wii U and 3DS has been out for just over a year and the recent announcement of Cloud joining the roster garnering a massive amount of hype, many fans of the fighting game … END_OF_DOCUMENT_TOKEN_TO_BE_REPLACED

I’ll admit that I’ve never been a fan of visual novels. I have nothing against them; it just isn’t a genre I’m interested in. That said, MangaGamer’s announcement a while back that their upcoming Steam release of Kindred Spirits … END_OF_DOCUMENT_TOKEN_TO_BE_REPLACED

Black Shell Media is a multimedia marketing and PR studio specializing in distribution and publishing of indie games! We do a lot of marketing and work with websites, … END_OF_DOCUMENT_TOKEN_TO_BE_REPLACED

Welcome ghouls, beasts, tricksters, and every horrific being known to man. The spooky season is upon us and I figured I would indulge in the festivities in my own way. Thus, I have come up with a satirical take on … END_OF_DOCUMENT_TOKEN_TO_BE_REPLACED

The month of October is here, and the spooky festivities are starting. However, it is still key to be aware of the other important events happening around this time of the year. For example, October is Breast Cancer Awareness month. … END_OF_DOCUMENT_TOKEN_TO_BE_REPLACED