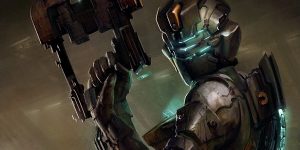 The science-fiction horror game, originally released in 2008, was a massive success that influenced an entire generation of games within space/horror genre. Despite the success of Dead Space and its immediate sequel, following the lackluster release of Dead Space 3, it appeared that Electronic Arts had given up on the title entirely.

That is, until Thursday’s reveal trailer.

While this may seem like great news for diehard fans of the original game, the new remake may not offer exactly the same experience as the original.

In a press release published by EA on Thursday, the company revealed that “Players Will Experience an Improved Story, Characters and Gameplay Combined with Stunning Visuals and Audio.” This suggests the title may follow in the footsteps of Resident Evil 2: Remake, which greatly changed the story and gameplay experience of the original Resident Evil 2, while remaining true to the spirit and general direction of the original game.

According to the remakes developers, current-gen technology will greatly increase the level of immersion players experience while playing the updated version of the game.

IGN spoke to Roman Campos-Oriola, the remake’s creative director, and Senior Producer Phil Ducharme regarding how they plan to update the game. According to Campos-Oriola, the remake will feature all-new original assets and animations a well as improvements on horror and gameplay elements, all of which will be redone in the updated Frostbite engine to create a more immersive experience.

“Well, clearly next generations of console enable us to have ray trace reflections, volumetric effects or even fluid simulation for these effects,” Ducharme told IGN. “These are all things we’ll be able to expand on to increase, again, on the level of immersion.”

According to Ducharme, this level of immersion will ensure that the Ishimura (the space station that serves as the setting for the game) feels “alive.” “It’s dying, but it’s still alive and it has a voice and throughout your journey over the chapters of the game, you hear it progress,” Ducharme said.

Dead Space fans hoping for a sequel to the series shouldn’t hold their breath. Earlier in the year, GamesBeat reported that a sequel to the franchise had been put on hold indefinitely in favor of this new remake. However, if the Dead Space remake proves to be a smashing success, EA will likely be looking to cash in on the renewed enthusiasm with further installments to the franchise.

Welcome ghouls, beasts, tricksters, and every horrific being known to man. The spooky season is upon us and I figured I would indulge in the festivities in my own way. Thus, I have come up with a satirical take on … END_OF_DOCUMENT_TOKEN_TO_BE_REPLACED

In 2020 it was revealed developer IO Interactive was working on a James Bond game known as Project 007 which, understandably, shook the video game world. Still in production, there’s a possibility that their James Bond game could be the … END_OF_DOCUMENT_TOKEN_TO_BE_REPLACED

Do so, and you’ll probably find that T END_OF_DOCUMENT_TOKEN_TO_BE_REPLACED

I remember when I played my first Resident Evil. It was a gift and couldn’t wait to get it running in my old PS1. That old Capcom “this game contains scenes of explicit violence and gore” plastered on the … END_OF_DOCUMENT_TOKEN_TO_BE_REPLACED

At the beginning of one mission, you are marked for dead by the organization you work for. Your handler has no idea what happened but informs you that they are coming for … END_OF_DOCUMENT_TOKEN_TO_BE_REPLACED

The history of gaming isn’t that old compared to other artistic and entertainment mediums. Many people have lived through the entirety of video game history, and more people have seen most of it. As such, you’d think that the … END_OF_DOCUMENT_TOKEN_TO_BE_REPLACED

(Updated 4/18/22) Even at a time when it feels like every game is being adapted into a show or movie, the news that Twisted Metal is being turned into a TV series stands out. Why? Well, it probably has … END_OF_DOCUMENT_TOKEN_TO_BE_REPLACED

(Updated 4/15/22) The reveal of the Mortal Kombat movie trailer and news that Street Fighter characters are joining the Fortnite roster has both legendary franchises on the minds of gamers everywhere. So, it’s only natural that fans have also … END_OF_DOCUMENT_TOKEN_TO_BE_REPLACED

While Super Smash Brothers for the Wii U and 3DS has been out for just over a year and the recent announcement of Cloud joining the roster garnering a massive amount of hype, many fans of the fighting game … END_OF_DOCUMENT_TOKEN_TO_BE_REPLACED

I’ll admit that I’ve never been a fan of visual novels. I have nothing against them; it just isn’t a genre I’m interested in. That said, MangaGamer’s announcement a while back that their upcoming Steam release of Kindred Spirits … END_OF_DOCUMENT_TOKEN_TO_BE_REPLACED

Black Shell Media is a multimedia marketing and PR studio specializing in distribution and publishing of indie games! We do a lot of marketing and work with websites, … END_OF_DOCUMENT_TOKEN_TO_BE_REPLACED

Welcome ghouls, beasts, tricksters, and every horrific being known to man. The spooky season is upon us and I figured I would indulge in the festivities in my own way. Thus, I have come up with a satirical take on … END_OF_DOCUMENT_TOKEN_TO_BE_REPLACED

The month of October is here, and the spooky festivities are starting. However, it is still key to be aware of the other important events happening around this time of the year. For example, October is Breast Cancer Awareness month. … END_OF_DOCUMENT_TOKEN_TO_BE_REPLACED