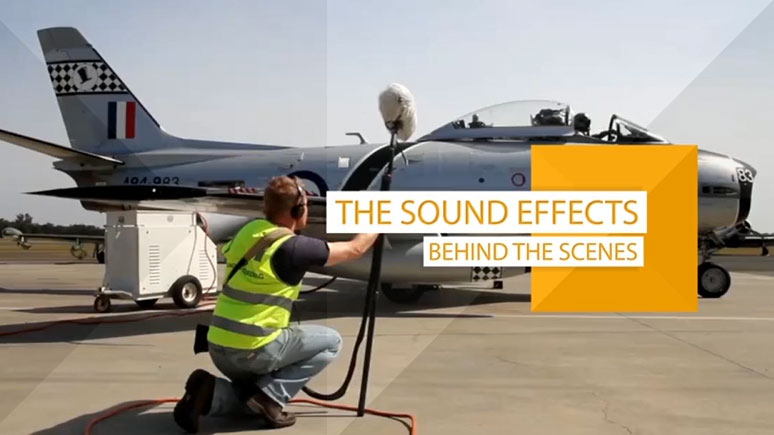 A Kickstarter campaign launched by Karen Collins, a researcher at the University of Waterloo in Canada, seeks to give video game sound the attention it deserves.  The campaign seeks to fund “Beep,” a documentary all about the history of sound in video game, from the earliest beeps and buzzes to the modern orchestral masterpieces that lend so much depth and character to the games they serve.

Sound is one of those ambient touches in gaming that frequently goes unappreciated.  When it’s done well, you hardly notice it: It just falls into place in the background, subtly improving your experience.  When it’s done badly, it’s often all you can notice, and not in a good way.

“Beep” highlights the composers and sound designers responsible for bringing sound effects and music to gaming.  The filmmakers plan to travel around the world to talk to sound designers in studios in Japan, the U.S., and the U.K. to present a thorough picture of the history of video game sound.  A huge number of people have already agreed to interviews if the project is funded.

Part nostalgia for the sounds of gaming-years-gone-by, part platform to give credit to an underappreciated facet of gaming, “Beep” promises to be a very interesting project.  The journey of game sound from simple notes to complex music mirrors the development of games themselves from childish pastimes to serious all-ages entertainment on par with any commercial artform.

28 days from the end of its campaign, “Beep” already has close to 700 backers and has reached more than half of its stated goal.  Backer rewards include copies of the documentary itself, several soundtracks, t-shirts and, at higher levels, a personal meeting and meal with the filmmakers.

The campaign is scheduled to end on September 30th.  To see more, visit its Kickstarter page.

The science-fiction horror game, originally released in 2008, was a massive success that influenced an entire generation of games within space/horror genre. Despite the … END_OF_DOCUMENT_TOKEN_TO_BE_REPLACED

After months of speculation regarding the release of an upgraded Switch system, Nintendo finally revealed its latest gaming system — the Nintendo Switch OLED Model. The new Switch will release on October 8, costs $349.99, and offers a long list … END_OF_DOCUMENT_TOKEN_TO_BE_REPLACED

The Legend of Zelda: Breath of the Wild’s critical acclaim is often met with the counter of being “overrated” by some players. There are usually numerous reasons for this – both notable and ridiculous – but one of the … END_OF_DOCUMENT_TOKEN_TO_BE_REPLACED

I remember when I played my first Resident Evil. It was a gift and couldn’t wait to get it running in my old PS1. That old Capcom “this game contains scenes of explicit violence and gore” plastered on the … END_OF_DOCUMENT_TOKEN_TO_BE_REPLACED

At the beginning of one mission, you are marked for dead by the organization you work for. Your handler has no idea what happened but informs you that they are coming for … END_OF_DOCUMENT_TOKEN_TO_BE_REPLACED

If you were to bet me $20 that Amazon would be making an MMORPG at some point, I would still find some reason to not give it to you. Amazon games announced 3 new PC games to try to … END_OF_DOCUMENT_TOKEN_TO_BE_REPLACED

The Legend of Zelda: Breath of the Wild’s critical acclaim is often met with the counter of being “overrated” by some players. There are usually numerous reasons for this – both notable and ridiculous – but one of the … END_OF_DOCUMENT_TOKEN_TO_BE_REPLACED

I don’t play a lot of Apex Legends anymore. I enjoyed the game for a while, but there aren’t many games I’ve stayed with consistently over the long haul since the lost years of World of Warcraft. These days there … END_OF_DOCUMENT_TOKEN_TO_BE_REPLACED

Diehard fans of Call of Duty’s groundbreakingly successful battle royale – Warzone – have been eagerly anticipating the release of a new map for months now. … END_OF_DOCUMENT_TOKEN_TO_BE_REPLACED

While Super Smash Brothers for the Wii U and 3DS has been out for just over a year and the recent announcement of Cloud joining the roster garnering a massive amount of hype, many fans of the fighting game … END_OF_DOCUMENT_TOKEN_TO_BE_REPLACED

I’ll admit that I’ve never been a fan of visual novels. I have nothing against them; it just isn’t a genre I’m interested in. That said, MangaGamer’s announcement a while back that their upcoming Steam release of Kindred Spirits … END_OF_DOCUMENT_TOKEN_TO_BE_REPLACED

Black Shell Media is a multimedia marketing and PR studio specializing in distribution and publishing of indie games! We do a lot of marketing and work with websites, … END_OF_DOCUMENT_TOKEN_TO_BE_REPLACED

Wondering if you can run Halo Infinite on your laptop or desktop? Sure, why not? Halo Infinite has launched in open beta mode (Nov. 16, 2021) and will officially release on Dec. 8, 2021. The game is the sixth in … END_OF_DOCUMENT_TOKEN_TO_BE_REPLACED