Finnish game studio Almost Human has about as humble of an origin story as you’d imagine for an indie game developer. From their meager beginnings they created what would quickly become a hit among fans of dungeon crawling adventures with their first release Legend of Grimrock (LoG), and are currently taking a step back after the release of the sequel Legend of Grimrock II (LoG2).

Like many startups the team that came together to design the world of Grimrock gave up industry jobs to pursue their own dreams in the hopes of gaining the ability to create the games they imagined. So far so good as the revenue attained from LoG enabled the team to not only develop the sequel but hire on some help to really give it some polish.

Almost Human’s own creature modeler Juho Salila sat down to describe the studios origins, talk some sales numbers regarding LoG, and discuss some potential reasons for including in-game editors. 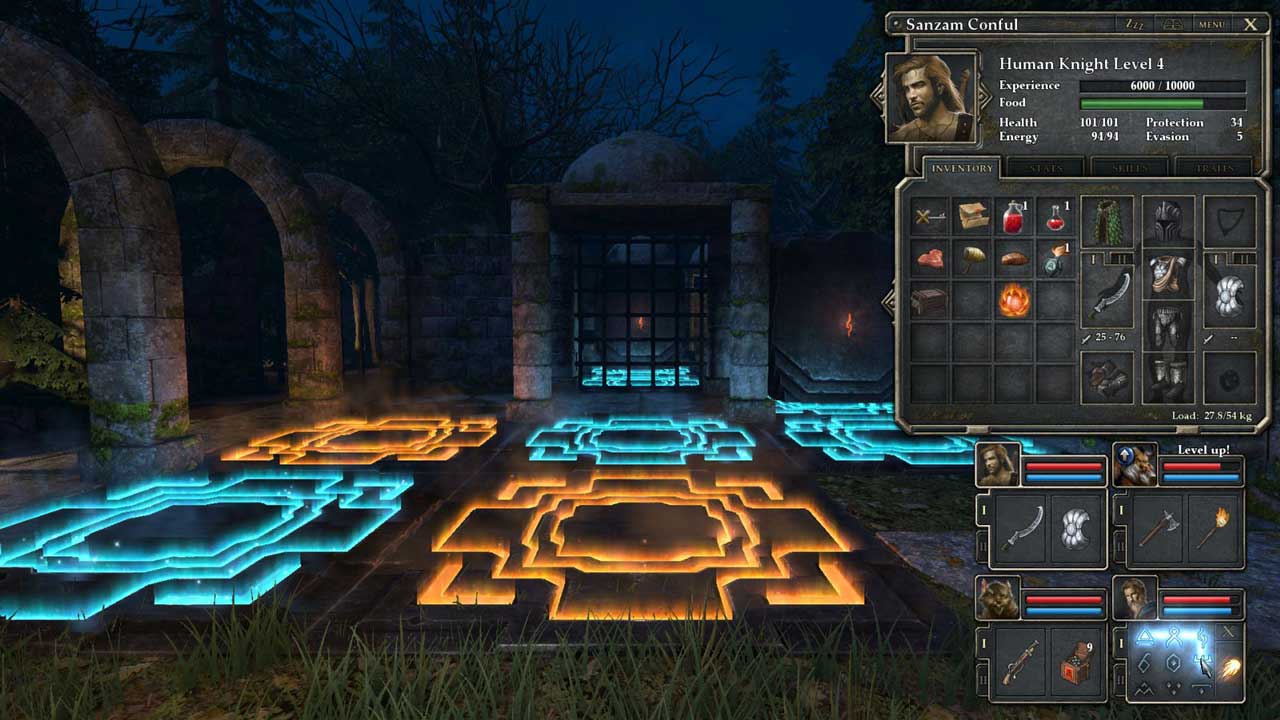 Jesse Tannous: What sort of experience do you and your team bring to the table from previous studios or game projects?

Juho Salila: That’s a big question, but to make it short, I’d say we tried to learn from others mistakes and naturally from the things they’ve done right. We wanted to combine everything we’ve learned to our own ethics and mentality and that combination so far has fitted us really well. Of course there’s all the technical aspects we’ve learned during the years in game making business, but that’s just technicalities, the most important thing is to have a clear vision on determination.

JT: What sort of resources and finances were needed to get your studio off the ground with the Grimrock title?

JS: Not that much actually. We did LoG1 with our own savings, which actually run out at the end, so we had to double our efforts to finish the game. We rent a small basement and got some old beat up computers up and running and basically just hammered Grimrock out of them. The rough start has paid itself back and allowed us to stay independent. Luckily LoG1 sold so well that it allowed us to create LoG2 also.

JT: If you care to discuss some numbers how have your games done in terms of sales?

JS: I can’t say exactly what LoG2 has sold so far, but it is close to paying itself back, so it’s looking good. LoG1 passed the 900,000 copies mark this September.

JT: Why should other game developers consider releasing an in-game editor program, and what is really required to be able to do so effectively?

JS: If you think business-wise it could get you a lot of extra content and maybe spawn a successful mod that could be sold and you get the royalties from it. But we never thought it that way. We thought it would be cool to see what people could design with the tools and since we have pretty fun pipeline going on, why not share it with our fans. Our editor is pretty easy to get started. Within seconds you can create your own dungeons, but with some coding skills, you can redo LoG2 with the editor, because the tools we give with the editor are the same we used to make the game.

JT: What is next for Almost Human? Are more Grimrock games in the works already or are new projects to be anticipated?

JS: We haven’t planned that far. We’re having some well-earned vacations and take things a bit more slowly because we really had to push hard to get LoG2 done. But we’ll soon start working with the Mac port of LoG2 and we’re already pretty well on our way with LoG1 iOS version. What the future holds for Almost Human, we’ll just have to wait and see.

With two games under their belt that continue to sell it seems that Almost Human will have the option to take its’ time to decide exactly what direction they want to head in. 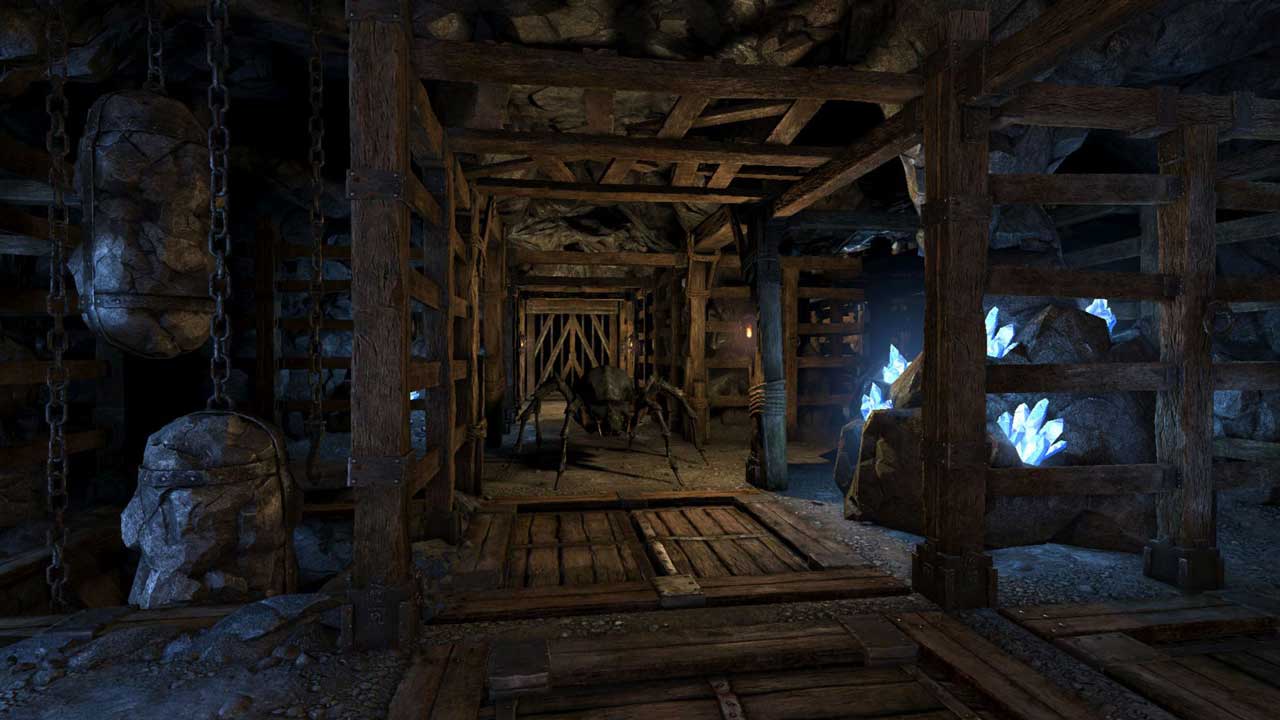 Welcome ghouls, beasts, tricksters, and every horrific being known to man. The spooky season is upon us and I figured I would indulge in the festivities in my own way. Thus, I have come up with a satirical take on … END_OF_DOCUMENT_TOKEN_TO_BE_REPLACED

In 2020 it was revealed developer IO Interactive was working on a James Bond game known as Project 007 which, understandably, shook the video game world. Still in production, there’s a possibility that their James Bond game could be the … END_OF_DOCUMENT_TOKEN_TO_BE_REPLACED

Do so, and you’ll probably find that T END_OF_DOCUMENT_TOKEN_TO_BE_REPLACED

I remember when I played my first Resident Evil. It was a gift and couldn’t wait to get it running in my old PS1. That old Capcom “this game contains scenes of explicit violence and gore” plastered on the … END_OF_DOCUMENT_TOKEN_TO_BE_REPLACED

At the beginning of one mission, you are marked for dead by the organization you work for. Your handler has no idea what happened but informs you that they are coming for … END_OF_DOCUMENT_TOKEN_TO_BE_REPLACED

The history of gaming isn’t that old compared to other artistic and entertainment mediums. Many people have lived through the entirety of video game history, and more people have seen most of it. As such, you’d think that the … END_OF_DOCUMENT_TOKEN_TO_BE_REPLACED

(Updated 4/18/22) Even at a time when it feels like every game is being adapted into a show or movie, the news that Twisted Metal is being turned into a TV series stands out. Why? Well, it probably has … END_OF_DOCUMENT_TOKEN_TO_BE_REPLACED

(Updated 4/15/22) The reveal of the Mortal Kombat movie trailer and news that Street Fighter characters are joining the Fortnite roster has both legendary franchises on the minds of gamers everywhere. So, it’s only natural that fans have also … END_OF_DOCUMENT_TOKEN_TO_BE_REPLACED

While Super Smash Brothers for the Wii U and 3DS has been out for just over a year and the recent announcement of Cloud joining the roster garnering a massive amount of hype, many fans of the fighting game … END_OF_DOCUMENT_TOKEN_TO_BE_REPLACED

I’ll admit that I’ve never been a fan of visual novels. I have nothing against them; it just isn’t a genre I’m interested in. That said, MangaGamer’s announcement a while back that their upcoming Steam release of Kindred Spirits … END_OF_DOCUMENT_TOKEN_TO_BE_REPLACED

Black Shell Media is a multimedia marketing and PR studio specializing in distribution and publishing of indie games! We do a lot of marketing and work with websites, … END_OF_DOCUMENT_TOKEN_TO_BE_REPLACED

Welcome ghouls, beasts, tricksters, and every horrific being known to man. The spooky season is upon us and I figured I would indulge in the festivities in my own way. Thus, I have come up with a satirical take on … END_OF_DOCUMENT_TOKEN_TO_BE_REPLACED

The month of October is here, and the spooky festivities are starting. However, it is still key to be aware of the other important events happening around this time of the year. For example, October is Breast Cancer Awareness month. … END_OF_DOCUMENT_TOKEN_TO_BE_REPLACED