10 Video Game Soundtracks That Stand on Their Own 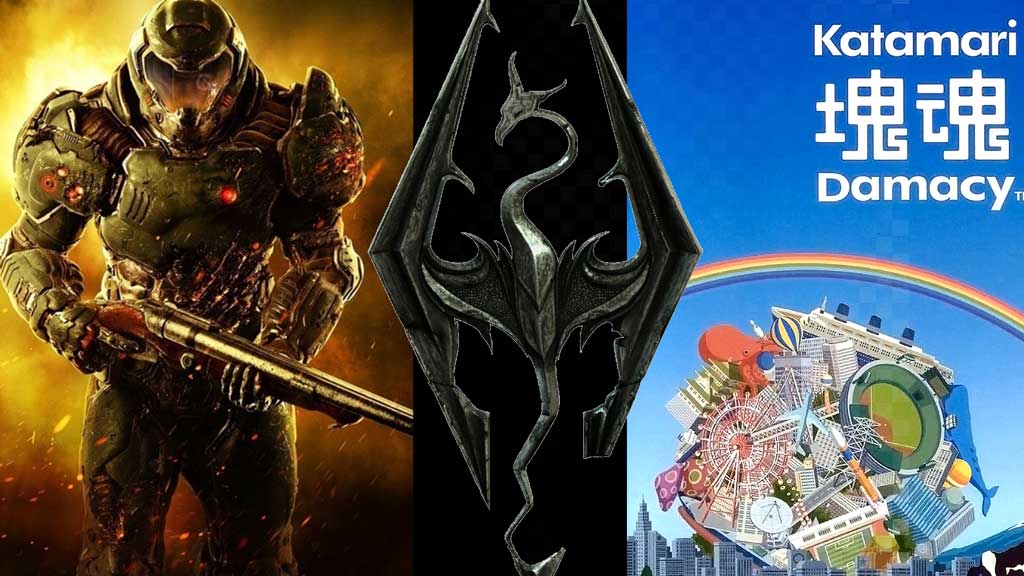 Many wonderful game soundtracks do a great job of elevating the quality of their respective game. However, not all of them are quite as entertaining on their own. It is, of course, not the job of the soundtrack to do anything outside of fit the game as good as it can, but one that stands on its own is always a great thing to find. This list isn’t necessarily going to be soundtracks from the best games, and it may not include some of the classic sounds you think of when you consider good soundtracks. It’s going to be what you load up when you want some good music to listen to in your everyday life.

Bastion’s soundtrack is probably one of the most often recognized for its quality. The fact that it came from an indie game from the dawn of when indie games were first becoming popular makes it even more notable. It has a nice variety of instrumental and vocal tracks that each stand very well on their own but work wonderfully as a full album.

Interstate ’76 was a lesser-known car combat game from the late ‘90s that fell a bit to the wayside among all of the similar games in that genre. While it didn’t feature the licensed music of titles like Twisted Metal, it did have an amazing era-specific funk soundtrack evocative of classic movies like Shaft.

This game probably wouldn’t have received as much praise from many people if not for its great soundtrack. It is decent, sure, but when it’s bathed in the neon light of this 80s synth-rock soundtrack, it really starts to shine. The music is a bit harder to find, perhaps because of the limited success of the game, but definitely worth listening to in its entirety. “Night Call” and “Day to Night” are two of my favorites.

You’d obviously need to be a fan of metal to enjoy this soundtrack put together by Mick Gordon. It is perhaps one of the most hardcore game soundtracks ever created. Every one of the nine strings of Mick’s guitar was shredded to give the Doom Slayer the proper background tracks to rip and tear most efficiently. It turns out that it’s also great for psyching yourself up for any old task, like doing the dishes.

Braid’s soundtrack is similar to Doom’s in one unique way – instead of shredding guitar strings, it’s the many strings of cellos and violins. While the songs are licensed rather than original game-specific titles, you may not have heard any of them before. They set the perfect mood for the game’s puzzle solving, giving you a mellow feeling perfect for analyzing the nature of time warping… or just relaxing and reading.

Another common entry in “best of” soundtrack lists, but one that is certainly worthy of inclusion. Jeremy Soule having already set a new standard in video game music with Morrowind and Oblivion previously, Skyrim ends up being one of his best works yet. The music transitions between powerful head-filling songs featuring pounding drums and blaring brass instruments to quiet tracks that build from softly played flutes and violins. With nearly four hours of content, it’s a journey that could last a whole afternoon.

The Civilization series has always had a solid soundtrack, but its sixth iteration stepped it up a notch. It may not be quite everyone’s cup of tea, but the many tracks across its sprawling four hours of play are each representative of one of the several playable civilizations. Each civilization actually has four songs, one for each era in the game, which builds on the previous one to create a newer richer song – much the way you build a newer richer civilization. While that may be more of a gameplay feature, it still unfolds beautifully while listening to it outside of the game. This soundtrack is another great one for relaxing and getting a broad spectrum of music.

Rebel Galaxy originally blew me away with the intensity and quality of its soundtrack. While I’m not one to necessarily follow the southern rock/blues/country feel of many of the songs outside of the game, I found them to be a perfect addition to the somewhat quirky, but very fun indie game. The tracks are licensed, of course, but they fit so well in the game it almost feels like they were purpose made for it. In the game, the distinct nature of the songs and the amount of time you can spend playing sometimes makes them feel repetitive, but revisiting it after some time gives the soundtrack back all of its original appeal.

When I first loaded up Katamari Damacy, I had no idea what I was getting into. The intro video (music included) was a sensory overload I suspect only the Japanese could engineer. The soundtrack as a whole takes a journey through many different stylings of songs, from the zany upbeat intro to the jazzy lounge song “Que Sera Sera”. It’s really far and away one of my favorite soundtracks and it would easily take the number one spot in this list if not for the power of nostalgia.

Even if nostalgia wasn’t a factor here, the Streets of Rage 2 soundtrack was amazing. Yuzo Koshiro borrowed a lot of the style from electronic dance music of the era and you can hear it throughout. The bass-heavy synth-pop songs make you want to get up and dance, but the game is about beating up bad guys, so you do that instead. However, you can always put it on your playlist and bust a few moves (or pull a few muscles if you’re old enough to have originally played this) if you feel the desire.

I’d also like to mention OverClocked ReMix, an organization that publishes thousands of free game music remixes that range from decent to absolutely incredible.  They make some soundtracks that may not be as good for everyday listening a lot more fun outside of the game.  Here’s a playlist of some of my favorites!

This list could probably be twice as long even if it was just up to me thinking of games, and I’m sure with the input of others it would be ten or twenty times that. Everyone has their taste in games and music and there are some exceptional options for both out there – and only more coming along every day. What is your favorite extracurricular video game soundtrack? Which one do you have on your most-played Spotify list? Let us know in the comments.

Skyrim: Dawnguard Review
Make Me a Quake as Fast as You Can
Skyrim Review (Part 1)

Nintendo Needs to Bring 3DS Games to the Nintendo Switch

Prime Day Video Gaming Deals You Should Know About

The science-fiction horror game, originally released in 2008, was a massive success that influenced an entire generation of games within space/horror genre. Despite the … END_OF_DOCUMENT_TOKEN_TO_BE_REPLACED

After months of speculation regarding the release of an upgraded Switch system, Nintendo finally revealed its latest gaming system — the Nintendo Switch OLED Model. The new Switch will release on October 8, costs $349.99, and offers a long list … END_OF_DOCUMENT_TOKEN_TO_BE_REPLACED

The Legend of Zelda: Breath of the Wild’s critical acclaim is often met with the counter of being “overrated” by some players. There are usually numerous reasons for this – both notable and ridiculous – but one of the … END_OF_DOCUMENT_TOKEN_TO_BE_REPLACED

I remember when I played my first Resident Evil. It was a gift and couldn’t wait to get it running in my old PS1. That old Capcom “this game contains scenes of explicit violence and gore” plastered on the … END_OF_DOCUMENT_TOKEN_TO_BE_REPLACED

At the beginning of one mission, you are marked for dead by the organization you work for. Your handler has no idea what happened but informs you that they are coming for … END_OF_DOCUMENT_TOKEN_TO_BE_REPLACED

If you were to bet me $20 that Amazon would be making an MMORPG at some point, I would still find some reason to not give it to you. Amazon games announced 3 new PC games to try to … END_OF_DOCUMENT_TOKEN_TO_BE_REPLACED

The Legend of Zelda: Breath of the Wild’s critical acclaim is often met with the counter of being “overrated” by some players. There are usually numerous reasons for this – both notable and ridiculous – but one of the … END_OF_DOCUMENT_TOKEN_TO_BE_REPLACED

I don’t play a lot of Apex Legends anymore. I enjoyed the game for a while, but there aren’t many games I’ve stayed with consistently over the long haul since the lost years of World of Warcraft. These days there … END_OF_DOCUMENT_TOKEN_TO_BE_REPLACED

Diehard fans of Call of Duty’s groundbreakingly successful battle royale – Warzone – have been eagerly anticipating the release of a new map for months now. … END_OF_DOCUMENT_TOKEN_TO_BE_REPLACED

While Super Smash Brothers for the Wii U and 3DS has been out for just over a year and the recent announcement of Cloud joining the roster garnering a massive amount of hype, many fans of the fighting game … END_OF_DOCUMENT_TOKEN_TO_BE_REPLACED

I’ll admit that I’ve never been a fan of visual novels. I have nothing against them; it just isn’t a genre I’m interested in. That said, MangaGamer’s announcement a while back that their upcoming Steam release of Kindred Spirits … END_OF_DOCUMENT_TOKEN_TO_BE_REPLACED

Black Shell Media is a multimedia marketing and PR studio specializing in distribution and publishing of indie games! We do a lot of marketing and work with websites, … END_OF_DOCUMENT_TOKEN_TO_BE_REPLACED

Wondering if you can run Halo Infinite on your laptop or desktop? Sure, why not? Halo Infinite has launched in open beta mode (Nov. 16, 2021) and will officially release on Dec. 8, 2021. The game is the sixth in … END_OF_DOCUMENT_TOKEN_TO_BE_REPLACED