Earlier this month we had another wave of Greenlights, with three pieces of software and eight games: Actual Multiple Monitors, FL Studio, Leadwerks 3: Steam Edition, Cognition: An Erica Reed Thriller, Day One: Garry’s Incident, Guncraft, Homesick, In Verbis Virtus, Super Motherload, Vector,and Verdun. Verdun is the only game on that list that seems really appealing to me, if I’m totally honest, but more games getting through Greenlight isn’t a bad thing if they are games that people actually want. With the Steam sales going on this month I don’t expect to see any more Greenlights for at least a few weeks. Speaking of Steam sales, I’d like to start this Greenlight Spotlight with two games that recently came out and have largely been ignored because they are A.) not on Steam and B.) launched during the sales: 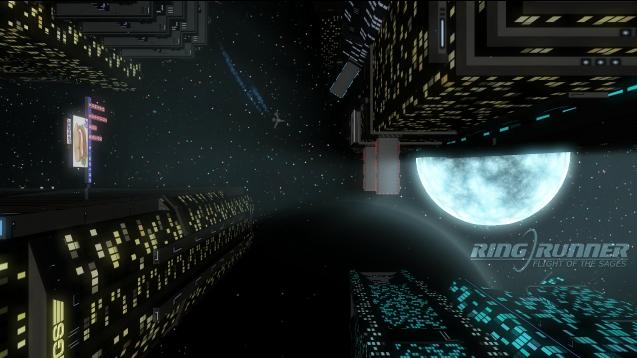 Ring Runner: Flight of the Sages by Triple-B-Titles

This top-down space shooter came out last week on GOG.com for $15. The developer said on his Twitter account that the game’s sales so far have been abysmal, likely due to not being on Steam and releasing at a bad time. It’s a shame too, because I’ve been playing this game to review it and I have a pretty positive impression so far. The campaign starts pretty slow, with linear levels and nothing in the way of ship customization, but eventually opens up later on. The controls take a bit of getting used to, with the game’s large emphasis on Newtonian movement and physics, but once you get the hang of it you can pull off some really satisfying maneuvers. The multiplayer modes show a lot of promise too, but I can’t really speak of them because of aforementioned disappointing sales leading to a lack of players. 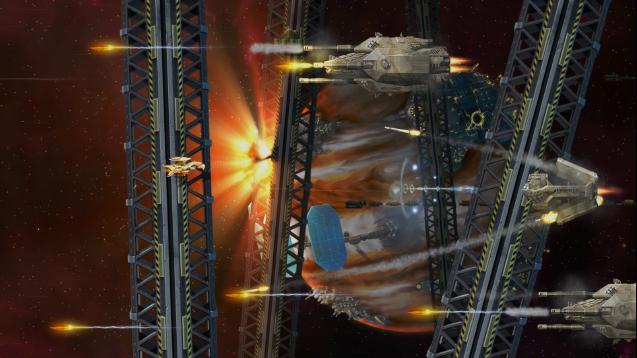 Humans Must Answer by Sumom Games

This quirky shmup by some of the ex-S.T.A.L.K.E.R. devs also released on GOG last week and was largely ignored. I’ve not played it yet (mainly because I’m terrible at side-scrolling bullet hell games), but the responses that I’ve read on forums so far have been rather positive. It’s a challenging side-scrolling shooter that takes a lot of inspiration from older ’80s and ’90s classics such as Gradius. It also involves two intelligent space chickens piloting an eagle-shaped ship on a mission to punish humanity for their fried chicken-eating ways. Expect lots of bird and egg puns. 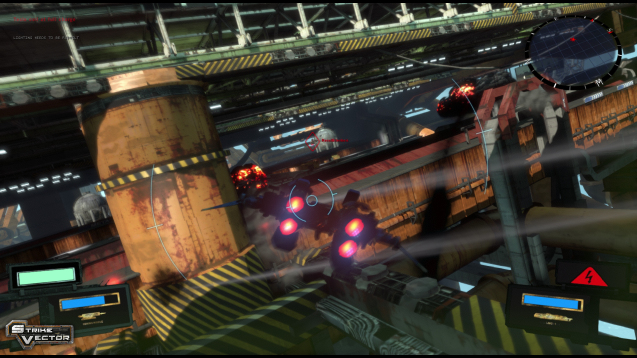 Strike Vector, an Unreal Engine-powered aerial combat game, has been getting a lot of coverage from some major game websites lately because of how impressive it looks. The footage currently being shown off was made by just four guys in just under a year. It reminds me a lot of Hawken, yet another extremely visually impressive multiplayer game that was made by a small group of developers. In Strike Vector, you pilot an advanced VTOL jet fighter that can switch between the blisteringly fast jet mode and a hover mode for more precise aiming and defensive capabilities. I personally feel that aerial combat games really need to get that sense of speed just right to be enjoyable, and Strike Vector looks like it has nailed it. The game will be focused mostly on multiplayer, with a variety of game modes and plenty of customizability for your jets, but the developers are considering some form of solo play last I heard. 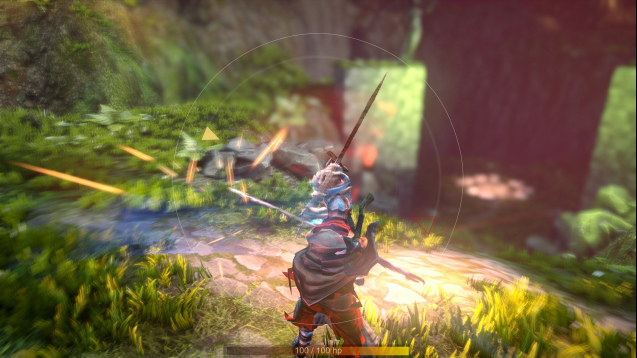 Speaking of impressive, Unreal Engine-powered indie games, here is Kingdoms Rise, a multiplayer-focused fantasy sword combat game made by two Australian dudes. After watching the videos, I have to say that Kingdoms Rise reminds me a lot of Fatshark and Paradox’s War of the Roses. Kingdoms Rise features a 360 degree directional combat system, much like War of the Roses, but hopefully not quite as floaty. There are no classes in Kingdoms Rise, you instead just build your character and fighting style based on what weapons and gear you equip. It looks like they are shooting for a full release at the end of this year. 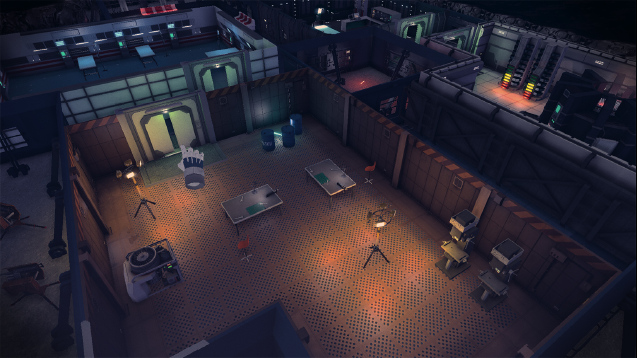 Maia is an interesting crowdfunding success story because it managed to get fully funded on both Kickstarter and Indiegogo, while many indie titles struggle reaching their goals in just one campaign. It’s clear that this Dungeon Keeper-esque sci-fi management game has a lot of gamers very excited. In Maia, it’s your job to establish a functioning, stable colony on a distant, alien world. It’s visual aesthetic takes a lot of inspiration from the gritty, low-technology sci-fi of the ’70s. You’ll not only have to deal with the problems associated with colonizing a new planet, but also the needs and mental health of your colonists. It might be sci-fi instead of fantasy, but I’ve been waiting for a solid management game along the lines of Dungeon Keeper for many years now, so Maia definitely has my attention. 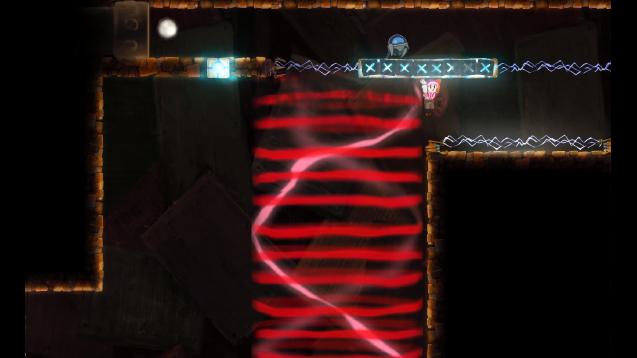 Teslagrad is yet another perfect example of a game that should be going straight to Steam. The early builds have been receiving an overwhelmingly positive reaction from critics, and the devs have already announced PS3 and WiiU versions after negotiations with Sony and Nintendo. So why does this game have to wade through the Greenlight process to get on Steam? I have no idea. As for what it is, Teslagrad is a 2D puzzle-platformer with a charming graphics style set in some sort of steampunk dystopia based on Europe circa the early 20th century. The game’s puzzles all involve the manipulation of magnetism and electricity, using a mysterious gauntlet you acquire early in the game. Teslagrad is nearing completion, with an estimated release date towards the end of the year. 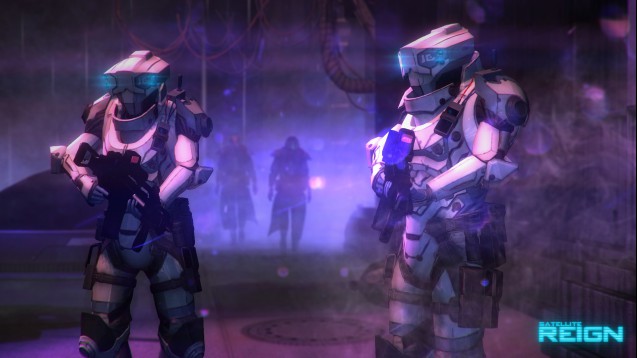 Satellite Reign is the spiritual successor to Syndicate that we’ve been waiting for, made by the lead designer of Syndicate Wars. The game is still early in development, with an active Kickstarter campaign that could use a boost. The pitch has some grand ideas for emergent gameplay and advanced enemy and civilian AI. We are talking enemy AI that might get frightened and run away when outnumbered, or enemy soldiers that get bored and deviate from their patrol routes. You can use propaganda to manipulate civilians into rising up in open revolt, or hack their brain implants and use them as living shields to cover your squad. I try not to get too hyped about games this early in development, but Syndicate is one of those franchises I’ve always wanted to see a proper reboot or reimaging of, using modern graphics and technology…Which is one reason why I wrote many angry rants when EA tried to reboot the series as an uninspired, mediocre corridor shooter. 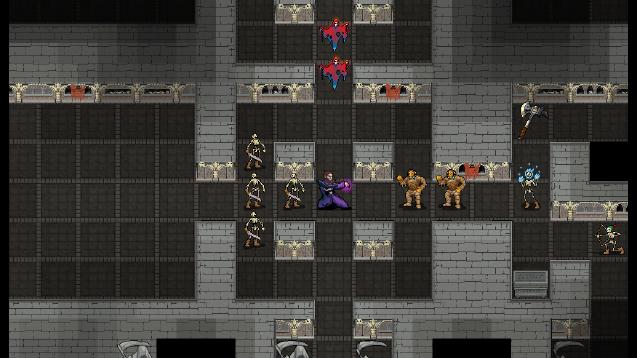 This was a last minute addition to the list because of an active Kickstarter that could use some attention. I’ve become addicted to lighter, more accessible roguelikes recently due to games like FTL, Sword of the Stars: The Pit, and Dungeons of Dredmor, so I’m always looking for similar games. Dungeonmans has a lot in common with the recent Rogue Legacy, but played from a more traditional top-down perspective with turn-based tactical combat. There is an overarching gameplay mechanic of building an academy to help prepare new heroes, based on the knowledge and artifacts acquired by the heroes that came before them, so that each slain hero and unsuccessful attempt still contributes something towards future tries. The fairly modest funding goal (compared to many other Kickstarters) could easily be reached in the two weeks left with just a bit more support. 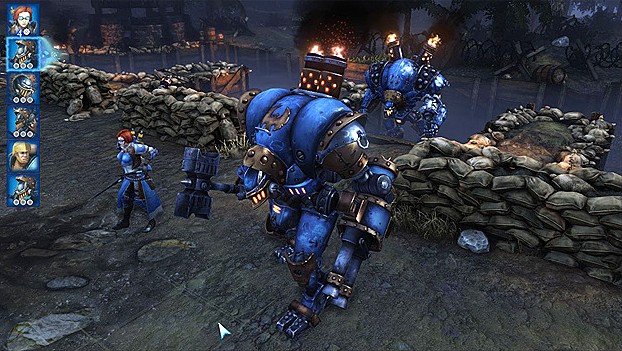 In an even more last minute addition, I decided to highlight Warmachine: Tactics. The tabletop miniature game’s first foray into the medium of video games has already been met with a successful (and currently still active) Kickstarter before just now adding a Greenlight page. The video game adaptation looks like it will play very similar to the tabletop game, but on a smaller scale. For gamers who aren’t familiar with how Warmachine plays, think XCOM: Enemy Unknown in a steampunk world where battle-wizards wearing magical power armor, called Warcasters, control huge, ten-ton steam-powered robots called Warjacks. The initial game will launch with a campaign for Cygnar, following a new character named Lt. Allison Jakes, and a multiplayer mode where you can play as any of the four main factions. The developers are already talking about supporting the game long after release, with more maps, campaigns for the other factions, new units, etc.

As always, remember to check out previous Greenlight Spotlights for more promising indie games that could use your help getting on Steam. 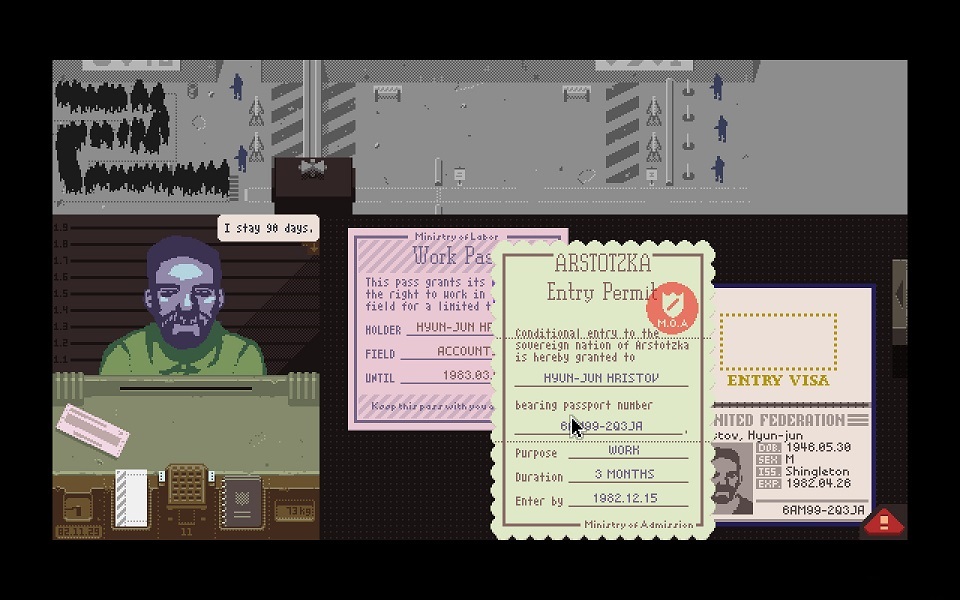 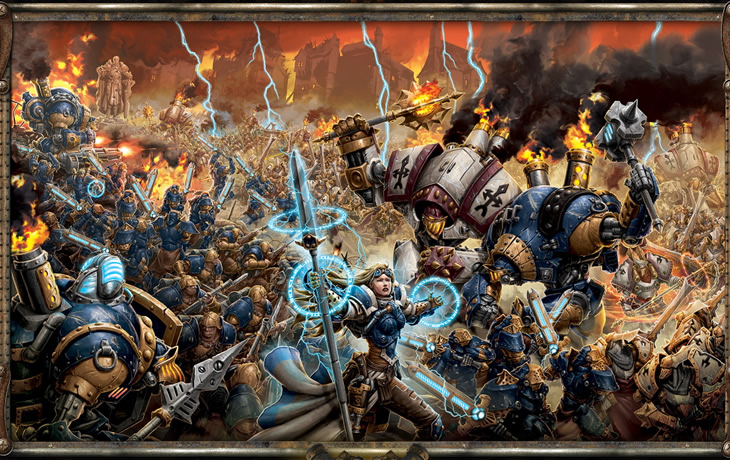 There are many who feel that sequels are a blight on the entertainment industry. For every Terminator 2 and Godfather 2, you have a seemingly endless supply of uninspired follow-ups that just look to cash-in on the original installment’s … END_OF_DOCUMENT_TOKEN_TO_BE_REPLACED 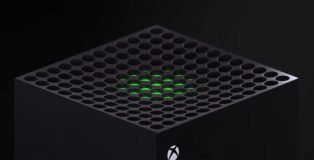 I’ve always supported single-player games, but there was a point in my life when I would actively root against multiplayer titles. There was really no good reason why, but in my mind, at that time, I saw multiplayer games … END_OF_DOCUMENT_TOKEN_TO_BE_REPLACED

Figures compiled by the NDP Group have seemingly revealed the top-selling video games of the decade. In many ways, the list (which accounts for revenue as well as total sales) is not that surprising. Grand Theft Auto 5 and … END_OF_DOCUMENT_TOKEN_TO_BE_REPLACED

There are many who feel that sequels are a blight on the entertainment industry. For every Terminator 2 and Godfather 2, you have a seemingly endless supply of uninspired follow-ups that just look to cash-in on the original installment’s … END_OF_DOCUMENT_TOKEN_TO_BE_REPLACED

Figures compiled by the NDP Group have seemingly revealed the top-selling video games of the decade. In many ways, the list (which accounts for revenue as well as total sales) is not that surprising. Grand Theft Auto 5 and … END_OF_DOCUMENT_TOKEN_TO_BE_REPLACED

Recently I watched a great short interview from Noclip with Tim Willits, a former director and co-owner at id Software of the Quake franchise. He went through the history of Quake and discussed some of the development processes … END_OF_DOCUMENT_TOKEN_TO_BE_REPLACED

Recently, I finished Rage 2.  I set out in the game with the hope that it would deliver something reminiscent of the magnificence of Doom while drawing some of the enjoyable open-world aspects of an Avalanche developed game.  I … END_OF_DOCUMENT_TOKEN_TO_BE_REPLACED

PlayStation Now sounded like a pretty exciting service when it was first revealed in 2014. At the very least, it offered … END_OF_DOCUMENT_TOKEN_TO_BE_REPLACED

February 2019 was supposed to be one of the biggest months for games in recent memory. Headlined by titles like Metro Exodus, Crackdown 3, and Anthem, many gamers were left wondering just how they were going to play all … END_OF_DOCUMENT_TOKEN_TO_BE_REPLACED 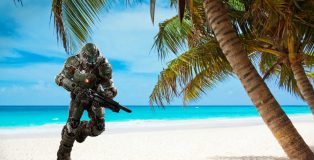 I recently saw a poll on twitter asking the question “Can you be a fan of a game if you’ve only watched a playthrough of it?”  The results were a resounding “yes,” but I found myself disagreeing with this … END_OF_DOCUMENT_TOKEN_TO_BE_REPLACED

Being an adult came with some great advantages when it came to gaming. Namely that, with an income, I’ve been able to buy several of the games I want to play. Combining that with bundles, event-based sales, and now subscription … END_OF_DOCUMENT_TOKEN_TO_BE_REPLACED

Recently I watched a great short interview from Noclip with Tim Willits, a former director and co-owner at id Software of the Quake franchise. He went through the history of Quake and discussed some of the development processes … END_OF_DOCUMENT_TOKEN_TO_BE_REPLACED