With that out of the way, onto the interview.

Me: Before we begin, why don’t you introduce yourself to our readers and tell us a little about Propelled Bird Software.

Clay Walters: So my name is Clay Walters, I’m the founder and lead developer at Propelled Bird Software. Propelled Bird started back in my sophomore year in high school (mid 2011 I think) basically as a group of friends building something with just for shits. We were originally working on this sort of Far Cry/Hills Have Eyes love child thing, when we started messing with a bunch of the Unreal Development Kit’s physics stuff. After awhile, we ended up playing with an idea that become the main mechanic behind the Catalyst, the gun featured in our first game, TesserAct. We saw something really neat in it, and decided to make Propelled Bird into something more. Since TesserAct‘s launch, the team has nearly doubled in size, and we’re looking to announce our second title really soon.

Me: TesserAct was released on Steam almost a year ago now. What’s the game like and what sets it apart from other first person puzzle games like Portal or Q.U.B.E.?

Clay: TesserAct is the offspring of us breaking UDK and seeing what we could do with the pieces. We were huge fans of games like Portal and Antichamber, and when we stumbled onto what would be the Catalyst device, we couldn’t have been more excited. The game itself went through a TON of iterations in terms of theme, starting off as a sort of underwater adventure, to time travel, and eventually we settled on multiverse themes. Something we wanted to try to do differently was we wanted the world of TesserAct to feel plausible (in any sense we could considering the multiverse-bending gun involved) by really thinking out how the universe worked. 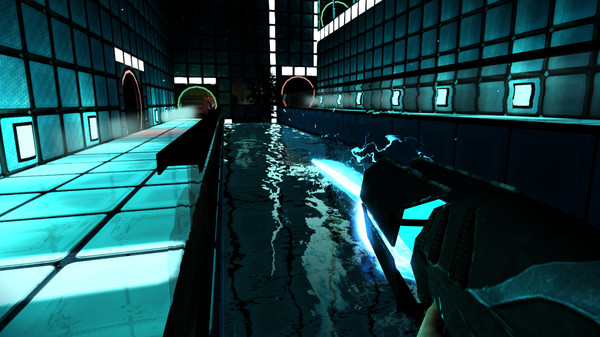 We put countless hours into planning out the Heywood-Bowman facility’s lore, thinking about how something like the Catalyst would be used, and making the universe something we could potentially use later. We also wanted to steer away from the tried and true “test facility” we’ve come to see done in games like this. Players go through a broken facility after a major catastrophe, and use devices that weren’t made to test somebody, but rather as tools for maintenance/utility/emergency. The Catalyst device that the players use, for instance, was built as an emergency tool in case of sudden seismic shifts on Europa’s surface, where the game is located. I suppose that’s the game’s defining feature is that everything we put into the game was put there with a purpose in that universe.

Me: It’s certainly gotten easier over the last few years, but how hard was it for Propelled Bird to get TesserAct onto Steam? Was it Greenlit or did you get in on your own?

Clay: It was a huge rollercoaster. The actual Greenlight process went really, really well, we were Greenlit just a few weeks into it. That being said though, we went in prepared with a playable demo, and had done a concept Greenlight as well to get some initial feedback.

Me: I see that TesserAct has fairly mixed reviews on Steam. What sort of feedback have you received from the community and how has it shaped TesserAct post-launch, or possibly even with future games?

Clay: After launch, we received mix reviews, which was actually much more than we hoped for as high school developers making a game for the first time! People really enjoyed the atmosphere and world we had developed, which was awesome for us. We had some issues with stability when it came to levels, and overall it was a shorter game than previously expected, which led to most of our negative criticisms. That in mind, we take our feedback to heart. We try as hard as we can to listen to our community and fix what we can and let them know that we do listen. TesserAct was our way of putting our toes in the water, now that we know the temperature, we aim to make a big splash with our next project. 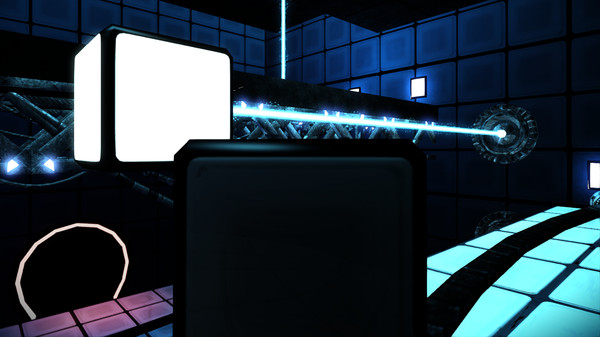 Me: Are there any plans to revisit TesserAct with DLC, or even a full sequel?

Clay: When we first built the game we were fairly certain it’d be a onetime thing. But now with a larger group of talented artists and programmers, and a bigger list of the do’s and don’ts of building a game from start to finish, we’ve talked about possibly going back to the universe of TesserAct. I suppose we’ll see where our team goes further down the road.

Me: On the subject of the future, does Propelled Bird Software have any other games in development right now?

Clay: We do indeed! We’re hoping to announce one very, very soon. Without saying too much about it, we are working on a 3rd person action game where people’s inner demons become a very real thing. We’re also building with the Xbox One in mind, so that’s been pretty exciting for us. 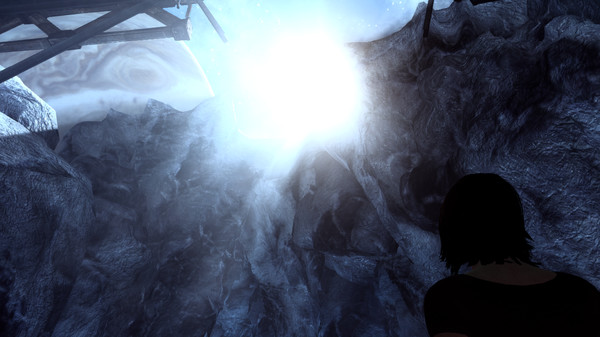 Me: So, a big part of the reason for this interview was an upcoming game jam Ben wanted to highlight. What’s this game jam all about?

Clay: Well a few weeks ago I was at a get-together with Ben and Rahul, who I hadn’t talked to in quite some time. He brought up how cool it’d be to get a couple of indie teams together to host a jam, and I felt like it could be a great way to stir up the indie dev scene here in the valley. The plan is to do a sort of Cutthroat Kitchen-styled jam, in which team’s would have the ability to either benefit themselves or handicap another team’s ability to make a game. We’re calling it the Developer’s Trinity Jam, with the theme set as “The Future.” There’s still work to be done, but the jam should be pretty rad, and our teams will be posting about it in the weeks to come on our various social medias!

Me: Sounds fun. Is there a concrete date for when the jam will take place? What’s the best way for developers to contact you if they want to join in?

Clay: The jam is set to be done during the weekend September 25th at the University of Advancing Technology. If anyone is interested they should email my team here at this address, or email Ben’s or Rahul’s teams. (liveinthegame@gmail.com and contact@roguerobotstudio.com respectively)

Me: Thanks for your time and good luck with the game jam and any future titles.

Propelled Bird Software’s first game, TesserAct, is currently on Steam for $15. You can find a free demo for it here.

Developer Spotlight: An Interview With Chris Park From Arcen Games

Welcome ghouls, beasts, tricksters, and every horrific being known to man. The spooky season is upon us and I figured I would indulge in the festivities in my own way. Thus, I have come up with a satirical take on … END_OF_DOCUMENT_TOKEN_TO_BE_REPLACED

In 2020 it was revealed developer IO Interactive was working on a James Bond game known as Project 007 which, understandably, shook the video game world. Still in production, there’s a possibility that their James Bond game could be the … END_OF_DOCUMENT_TOKEN_TO_BE_REPLACED

Do so, and you’ll probably find that T END_OF_DOCUMENT_TOKEN_TO_BE_REPLACED

I remember when I played my first Resident Evil. It was a gift and couldn’t wait to get it running in my old PS1. That old Capcom “this game contains scenes of explicit violence and gore” plastered on the … END_OF_DOCUMENT_TOKEN_TO_BE_REPLACED

At the beginning of one mission, you are marked for dead by the organization you work for. Your handler has no idea what happened but informs you that they are coming for … END_OF_DOCUMENT_TOKEN_TO_BE_REPLACED

The history of gaming isn’t that old compared to other artistic and entertainment mediums. Many people have lived through the entirety of video game history, and more people have seen most of it. As such, you’d think that the … END_OF_DOCUMENT_TOKEN_TO_BE_REPLACED

(Updated 4/18/22) Even at a time when it feels like every game is being adapted into a show or movie, the news that Twisted Metal is being turned into a TV series stands out. Why? Well, it probably has … END_OF_DOCUMENT_TOKEN_TO_BE_REPLACED

(Updated 4/15/22) The reveal of the Mortal Kombat movie trailer and news that Street Fighter characters are joining the Fortnite roster has both legendary franchises on the minds of gamers everywhere. So, it’s only natural that fans have also … END_OF_DOCUMENT_TOKEN_TO_BE_REPLACED

While Super Smash Brothers for the Wii U and 3DS has been out for just over a year and the recent announcement of Cloud joining the roster garnering a massive amount of hype, many fans of the fighting game … END_OF_DOCUMENT_TOKEN_TO_BE_REPLACED

I’ll admit that I’ve never been a fan of visual novels. I have nothing against them; it just isn’t a genre I’m interested in. That said, MangaGamer’s announcement a while back that their upcoming Steam release of Kindred Spirits … END_OF_DOCUMENT_TOKEN_TO_BE_REPLACED

Black Shell Media is a multimedia marketing and PR studio specializing in distribution and publishing of indie games! We do a lot of marketing and work with websites, … END_OF_DOCUMENT_TOKEN_TO_BE_REPLACED

Welcome ghouls, beasts, tricksters, and every horrific being known to man. The spooky season is upon us and I figured I would indulge in the festivities in my own way. Thus, I have come up with a satirical take on … END_OF_DOCUMENT_TOKEN_TO_BE_REPLACED

The month of October is here, and the spooky festivities are starting. However, it is still key to be aware of the other important events happening around this time of the year. For example, October is Breast Cancer Awareness month. … END_OF_DOCUMENT_TOKEN_TO_BE_REPLACED