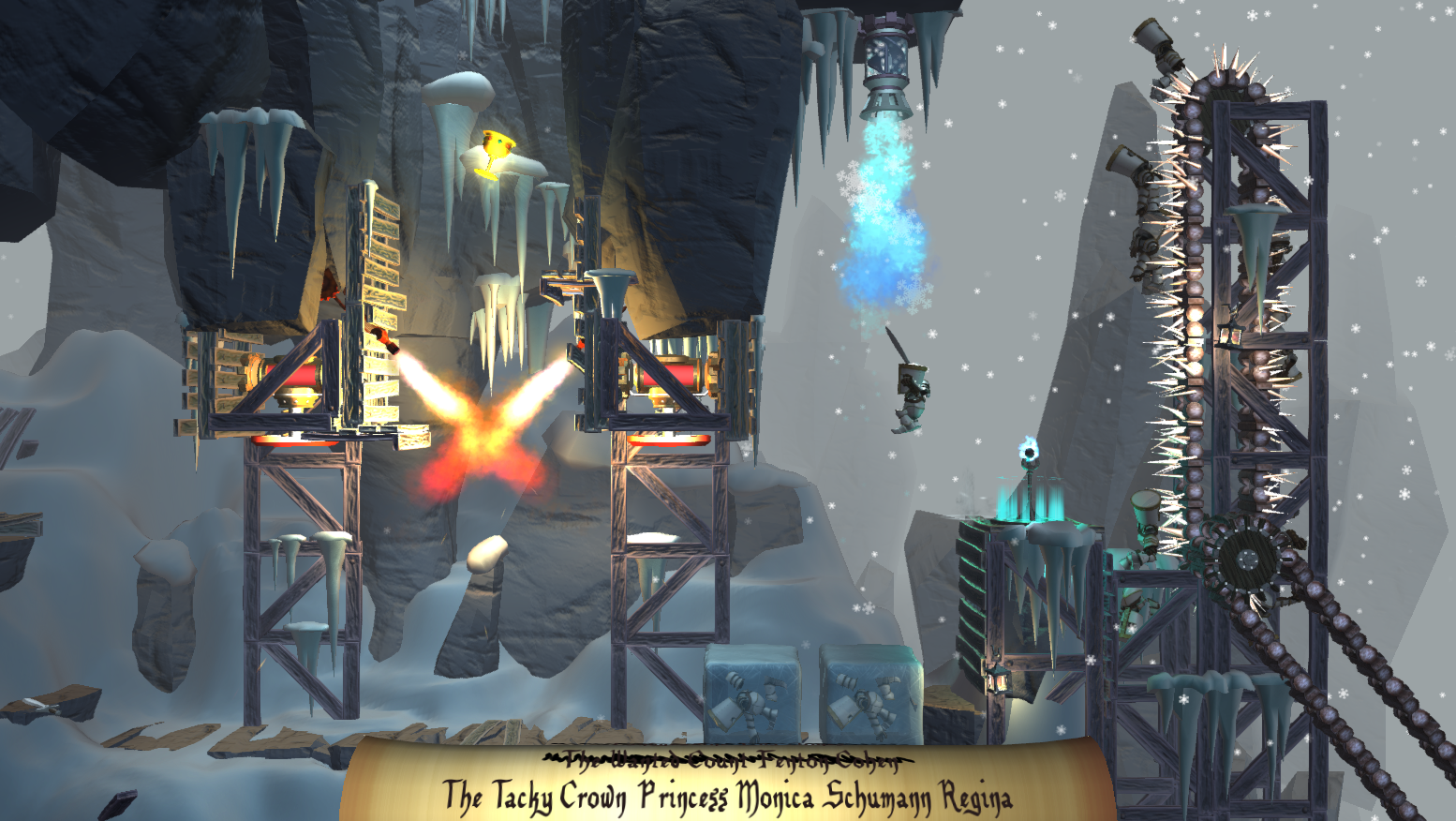 After a playthrough of the Life Goes On demo, we were able to get in contact with the game’s producer, Erik Johnson, to ask a few questions and receive a sneak peek of the upcoming title.

Gameverse: When you first conceived the idea for Life Goes On during Global Game Jam 2012, did you ever expect it to be met with such success?

Erik Johnson: The level of success and encouragement that we have received has been a constant surprise. Through the life of the project we have shown more advanced versions of the game to new and larger audiences. And each time we do that we’ve been blown away by the enthusiasm people have for our game.

GAMEVERSE: When you were designing Life Goes on, what lead you to choosing the overall theme for the game?

EJ: The Game Jam theme was an Ouroboros, which is an image of a snake eating it’s own tail. This is a symbol of life, death and renewal, and we wanted to create a game that incorporated that theme into it’s gameplay mechanics. We were inspired by games like Super Meatboy and Limbo where dying a lot is a big part of the game, and that lead to the idea of using character deaths as a core part of the gameplay.

GAMEVERSE: Was there any mechanics that were cut out of the games production? And if so what is the one mechanic you wish you could revive?

EJ: One idea that we have always thought would be fun would be to have different armour sets for the knights. We’ve joked about doing silly things with this, such as giving the knight a bucket for a helmet or a fish instead of a sword if the player was dying too many times on a level. Unfortunately, creating custom 3d models is a lot of work for a throwaway gag, so that is a feature that will have to wait for future versions.

GAMEVERSE: Before the Global Game Jam 2012, were there any other games the team worked on together before Life Goes On?

EJ: Two of our team members, David and Ian, knew each other before hand. But other than that, we all met for the first time at the Game Jam, and that early Game Jam prototype was our first project together.

GAMEVERSE: During the development of the demo, what was the team’s favorite level to create and playtest?

EJ: I would say that this has evolved and changed over the life of the project. I think that a current favorite is the ice level. Between the spike covered conveyor belt, and creating giant stacks of ice cubes, there is a lot of fun you can have just killing knights on that level.

GAMEVERSE: At the end of the Life Goes On demo you have playable credits, what sparked the inspiration for this design?

EJ: The credits derive from Life Goes On’s game jam origins. When we created the original prototype, we didn’t want to spend any time programming a Game Over or credits screen, so instead we just made a simple level that you could run through to see everyone’s name. When we were working on releasing a demo, Ian realized he could have some fun with this idea by creating a credits level that didn’t have to be fair to the player at all. Which resulted in the credits sequence that we have now.

GAMEVERSE: On your Life Goes On page you hint at other knights, traps, and levels; do you think you could give us a sneak peek of one of your new traps?

EJ: With the knights wearing those metal suits of armor, we think that it will be fun to have some magnets to play with.

GAMEVERSE: When you were at PAX 2013, how did it feel to be setting up the Life Goes On booth?

EJ: Setting up for PAX was exhausting, surreal, and a lot of fun. Getting our small booth ready took quite a lot of work, but that is nothing compared to the crazy booths that the professionals put together for the big companies. Being able to see the chaos and the effort that goes into setting up the expo hall for a show like PAX was really neat. Beyond that, it was a very exciting feeling to be at PAX with something to show people. The opportunity to share our game with such a large and enthusiastic audience was fantastic.

GAMEVERSE: After Life Goes On is completed, do you have any plans for a new project or perhaps a sequel?

EJ: There are definitely things that we want to do with Life Goes On that won’t make it into the first release, and we joke about saving those features for Life Goes On 2: Life Goes Honor. Life Goes On started as a Game Jam prototype, continued life as a portfolio piece, became a hobby project, then a more serious project, and now has a company around it. We want this evolution to continue, so that we can build a studio where we can continue to make games and share them with people.

GAMEVERSE: Thank you for giving Gameverse this excellent opportunity to ask about your game.

Life Goes On comes out in January 2014 with all of the epic knight adventures you can handle. If you would like to know more about the game and the team behind it, please visit the Life Goes On Website: http://www.lifegoesongame.com/

The game also has a demo available on Steam and their website for download. Just a little heads up: the Steam demo has an extra level for the avid adventurer. 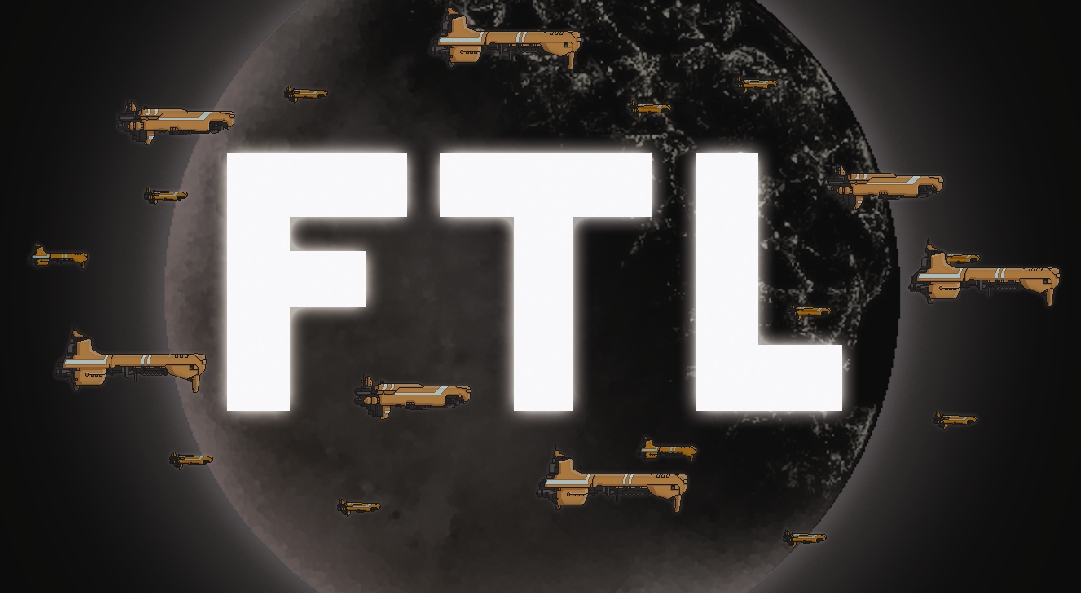 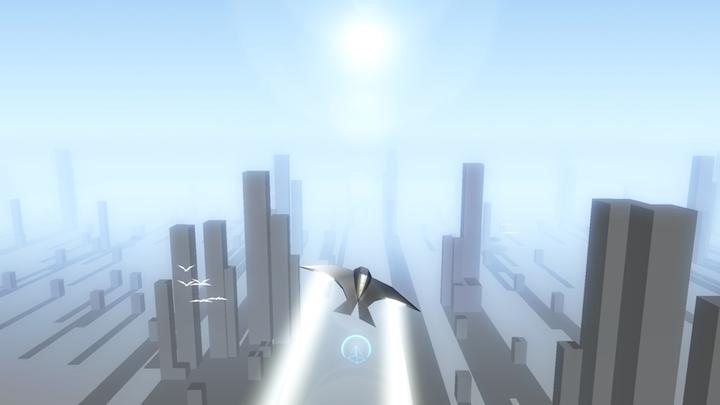 The science-fiction horror game, originally released in 2008, was a massive success that influenced an entire generation of games within space/horror genre. Despite the … END_OF_DOCUMENT_TOKEN_TO_BE_REPLACED

After months of speculation regarding the release of an upgraded Switch system, Nintendo finally revealed its latest gaming system — the Nintendo Switch OLED Model. The new Switch will release on October 8, costs $349.99, and offers a long list … END_OF_DOCUMENT_TOKEN_TO_BE_REPLACED

The Legend of Zelda: Breath of the Wild’s critical acclaim is often met with the counter of being “overrated” by some players. There are usually numerous reasons for this – both notable and ridiculous – but one of the … END_OF_DOCUMENT_TOKEN_TO_BE_REPLACED

Four years ago, Doom had nothing to lose and everything to gain. The perception of the series after Doom 3’s mediocre release and the franchise’s subsequent hiatus left few people even looking for another game in the series. However, id … END_OF_DOCUMENT_TOKEN_TO_BE_REPLACED

Recently, I finished Rage 2.  I set out in the game with the hope that it would deliver something reminiscent of the magnificence of Doom while drawing some of the enjoyable open-world aspects of an Avalanche developed game.  I … END_OF_DOCUMENT_TOKEN_TO_BE_REPLACED

PlayStation Now sounded like a pretty exciting service when it was first revealed in 2014. At the very least, it offered … END_OF_DOCUMENT_TOKEN_TO_BE_REPLACED

The Legend of Zelda: Breath of the Wild’s critical acclaim is often met with the counter of being “overrated” by some players. There are usually numerous reasons for this – both notable and ridiculous – but one of the … END_OF_DOCUMENT_TOKEN_TO_BE_REPLACED

I don’t play a lot of Apex Legends anymore. I enjoyed the game for a while, but there aren’t many games I’ve stayed with consistently over the long haul since the lost years of World of Warcraft. These days there … END_OF_DOCUMENT_TOKEN_TO_BE_REPLACED

Diehard fans of Call of Duty’s groundbreakingly successful battle royale – Warzone – have been eagerly anticipating the release of a new map for months now. … END_OF_DOCUMENT_TOKEN_TO_BE_REPLACED

While Super Smash Brothers for the Wii U and 3DS has been out for just over a year and the recent announcement of Cloud joining the roster garnering a massive amount of hype, many fans of the fighting game … END_OF_DOCUMENT_TOKEN_TO_BE_REPLACED

I’ll admit that I’ve never been a fan of visual novels. I have nothing against them; it just isn’t a genre I’m interested in. That said, MangaGamer’s announcement a while back that their upcoming Steam release of Kindred Spirits … END_OF_DOCUMENT_TOKEN_TO_BE_REPLACED

Black Shell Media is a multimedia marketing and PR studio specializing in distribution and publishing of indie games! We do a lot of marketing and work with websites, … END_OF_DOCUMENT_TOKEN_TO_BE_REPLACED

The science-fiction horror game, originally released in 2008, was a massive success that influenced an entire generation of games within space/horror genre. Despite the … END_OF_DOCUMENT_TOKEN_TO_BE_REPLACED

After months of speculation regarding the release of an upgraded Switch system, Nintendo finally revealed its latest gaming system — the Nintendo Switch OLED Model. The new Switch will release on October 8, costs $349.99, and offers a long list … END_OF_DOCUMENT_TOKEN_TO_BE_REPLACED

There’s a Pokémon trading card frenzy happening right now that seems to have stemmed from folks being stuck at home for so long. Now, Target is pulling all Pokémon trading cards, as well as sports cards and presumably any entertainment … END_OF_DOCUMENT_TOKEN_TO_BE_REPLACED